Devon metallers who recorded their new one at Skyhammer

Kill All The Gentlemen are set to release their new EP “The Faustian Delusion” in January.

The band is an Exeter based four piece metal band playing uncompromising, adrenaline fuelled, blast you in the face metal. 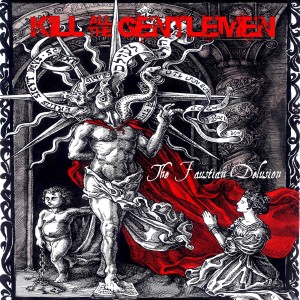 KATG blend Death Metal inuences with the thoughtful and intricate and sometimes melodic song writing of more mainstream acts. Think As I Lay Dying/In Flames Most recently Midnight In Eden has been featured on Terrorizer’s Fear Candy cover mount CD #126, Terrorizer are also streaming the EP. Also the industry bible Music Week has run a showcase for KATG, having recently featured them in their Music Week presents section.

KATG are recording new material with Chris Fielding at Skyhammer studios this autumn having recorded two tracks there last year.

A video for the track Rebellion was recorded shortly after with Carl Shanahan on directorial duties.