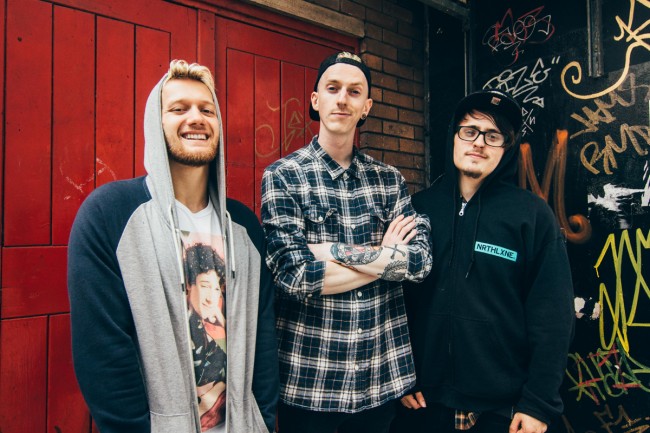 Cardiff punks release their new one. Their bassist is a pro wrestler, so we love this!

Today marks the release of Welsh Trio Junior’s conceptual ‘JuniorLand’ EP, via Ambition Records. Carrying an aesthetic straight out of Pleasantville via a Don Draper ad campaign, guitarist / vocalist Matt Attard explains, “We all liked the idea of a concept album, and building our own little world that’s explained and explored through each of the songs. We really saw this as more of a whole project than just an EP – There are several storylines that intertwine through JuniorLand. We used retro-suburbia as our framework, and even used samples on a bunch of the tracks, so even the sound of these old recordings sets the scene of what it “looks like” in JuniorLand.”

‘JuniorLand’ is in parts reminiscent of Blink 182’s rightfully revered 2003 self titled album; highly melodic, swathed in big guitars and layered lead vocals where guitarist Attard (who also handles all of the band’s graphic design) and bassist Mark Andrews, take turns to belt out impassioned hooks. “We made a real effort with dynamics and songwriting to make this release stand out,”opines Attard, “The best comparison is self-titled era Blink, with a dash of Dashboard Confessional, but with elements of Four Year Strong and All Time Low thrown in for good measure – they all just know how to pen a great tune! JuniorLand is almost more of a pop record than a standard pop-punk album – it’s not just double time drums, wall to wall guitars and shouting that demands finger pointing all the way through.”

Junior themselves also paint an interesting picture, comprising a professional wrestler, a children’s book author and the head of a non-profit organisation.  In addition, they face a bit of a geographical hurdle, with bassist Andrews residing in the US ever since securing a contract with professional wrestling company, TNA (Total Nonstop Action): “Every kid wants to be a Power Ranger, and so I figured being a wrestler is the next best thing,” laughs Andrews; “I started when I was pretty young, and I’ve just been changing, learning, growing, developing and pushing myself ever since. So it’s awesome that it’s recently allowed me onto an even higher level to be pushing myself at, ever since winning British Bootcamp and securing my contract with TNA.” But don’t think that’d stop them hitting the road, you can catch the trio on their 2nd UK tour this November:
9th – The Scene, Swansea
11th – TBA, Bristol
12th – Warehouse 54, Newport
13th – Riverside, Sheffield
14th – Gerry’s Bar, Scunthorpe
15th – The Retro Bar, Manchester 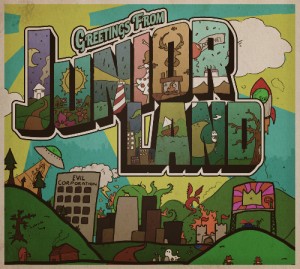