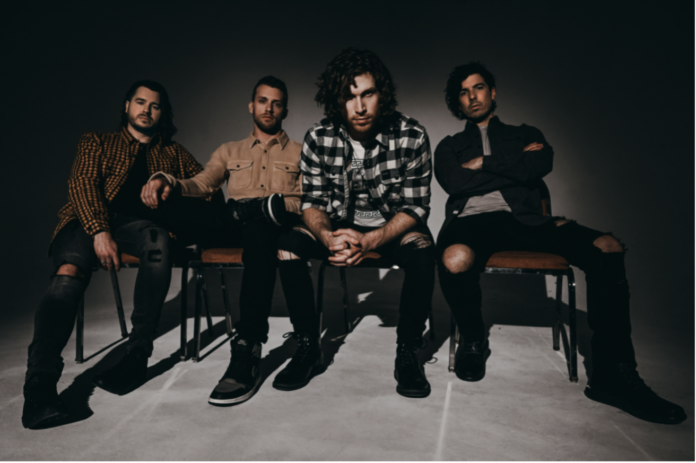 With three Grammy-nominations under their belt and a reputation as one of rock’s most powerful and distinctive live acts, NOTHING MORE will light up the road in 2023 with shows and festival appearances across North America and Europe supporting their critically acclaimed 2022 studio album SPIRITS via Better Noise Music. General admission and limited VIP tickets are currently available (HERE) for their “SPIRITS 2023” headlining tour set to take place March 31 – May 28 with special guests Crown The Empire and Thousand Below; full dates can be found listed below. The tour will be presented by the mental health non-profit organization TO WRITE LOVE ON HER ARMS and sponsored by Parlor Beverages and That Space Zebra Show who will be hosting a competition on their Twitch channel for an unsigned band to perform at select dates throughout the tour.

Meanwhile, NOTHING MORE today (January 19) will reveal the lyric video premiere for their sharp-cut and evocative single “THE OTHER F WORD” via YouTube at 2:00 P.M. CT at this link: https://youtu.be/7Gdz1cvEGrg. The SPIRITS track follows a series of lyric video releases tied to the “Spirit Type” result one gets after taking the band’s meta-personality “SPIRITS TEST.” These “Spirit Type” characters are further explored in NOTHING MORE‘s debut graphic novel “SPIRITS VOL. 1” due shortly via Z2 Comics.

The rock quartet’s blend of explosive sounds and nuanced storytelling has resulted in over a half dozen Top 10 singles at Mainstream Rock Radio, including the #1 hit “Go to War” and the Sirius XM Octane “Song of the Decade” and Active Rock chart-topper “This is the Time (Ballast).” They have continued to inspire listeners with SPIRITS‘ unapologetically massive anthems and catchy hooks including the album’s Top 5 charting single “TIRED OF WINNING” which Billboard lauded for its “jagged, intense breakdown.” Stream/download SPIRITSnow at https://nothingmore.ffm.to/spirits.

Previous article
SCRAPE BY
Next article
ANGUS ON