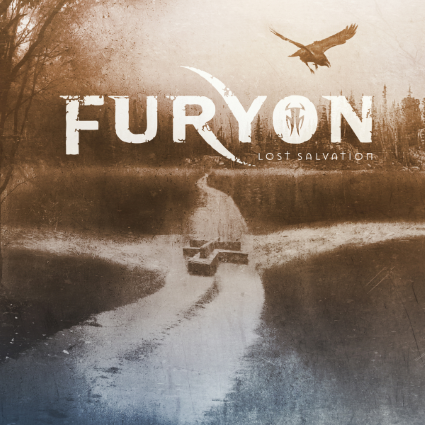 To put this release into context we’d probably best nip back a few years. Back in 2010 a band named Furyon emerged with an EP being given away on a magazine. It was followed by an album entitled “Gravitas.” Choc-full of great songs, it had one, “Disappear Again” that was very special indeed. It was – and to be fair, still is – the type of song that gets sung in stadiums. The album, despite all the support, didn’t quite break them through as it might have, and was re-released a couple of times on different labels.

As far back as 2012 they played Bloodstock with a plethora of new tracks in the set. Then people left and the band seemed to go into a hiatus. However, late in 2014 they returned with an EP mounted on Classic Rock, a new single in “These Four Walls” and a new album to follow.

Happily, too, everything is as it should be in the world of Furyon. Whatever might have changed, Matt Mitchell can still wail like the best of them (the phrase “soaring vocals” might have actually been invented for him.) Whilst he might be the trump card – and a man who can sing like him would be the trump card in any band – the quality if the musicanship here is stunning.

“Lost Salvation” is a hugely ambitious record, expertly produced by Rick Beato (Shinedown/Fozzy) it still contains all the lofty air of a band that not only is looking at the stars, but looking to be stars.

Opening song “All That I Have” sets out the parameters here, initially it broods, and it’s slightly understated, but come the chorus, it’s all systems go. Actually, although a very passable opener, elevated by a brilliant guitar solo, it’s far from being the best thing here.

“…..Salvation” is at it’s peak when it cuts loose, as on its title track, the Alter Bridge-isms of the “These Four Walls” or better still, the groove and swagger of “Scapegoat.” But it’s “Resurrect Me” that really catches the eye, huge and pulsing, it finds Mitchell worrying about “the stranger that once my life” and builds to something that’s a cut above the rest.

“Left It With The Gods” isn’t too far away from Shinedown’s sound circa “Age Of Madness” and that feel continues to the end of the end and “Wiseman” which comes on a little like “Crackerman” era STP.

Whether this album breaks them in a way that “Gravitas” was unable to remains to be seen, but it is a fine stab. And in an age where everything must be categorised, might we be so bold as to suggest that the UK’s first Kings of Progressive grunge can be crowned.