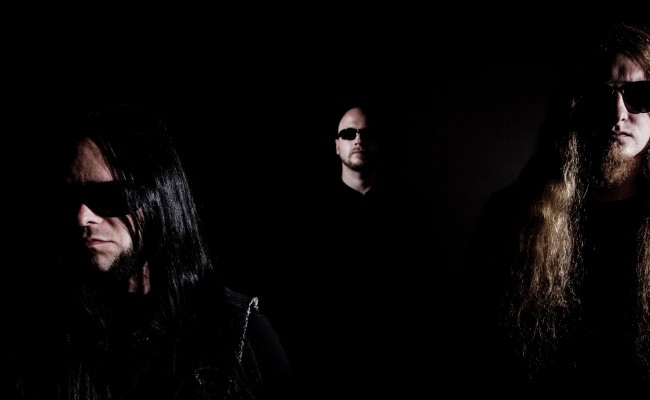 “Making this Babalon’s Beast of an album has been an extremely long process during which the material has matured a lot. As Forgotten Horror walks hand in hand with my own personal and spiritual growth, this dark alchemical process has required me to turn my life completely upside down, to step back and re-evaluate everything regarding music and my personal life. When it comes to songwriting, there are a lot of new elements and layers and everything is more dynamic than before.

With “Aeon of the Shadow Goddess” I set out to create an album that I could stand behind wholeheartedly; an album I gave my absolute everything for, and in that I have succeeded. I’ve poured my heart soul into this work of devotion towards the Queen of Souls, the beauteous Daughter of Sunset. The only currently available new track, the advance version of BEHOLD A SHADOW GODDESS is a good introduction for things to come and establishes the atmosphere nicely, but it doesn’t do just to the album in its entirety. We’ll put another song or two available soon so you can get an idea of this full-length’s diversity.

After a hiatus we’re also returning to the gig front with some fresh blood in our ranks. We’ll start the conquering of stages with an album release gig at Henry’s Pub, Kuopio (Finland) in May 2, 2015 together with the mighty cult of DEMILICH.

The new website will be launched soon and the upcoming music video will be published before the album is out… so stay tuned, my fellow servants of empyreal grand shadows.”