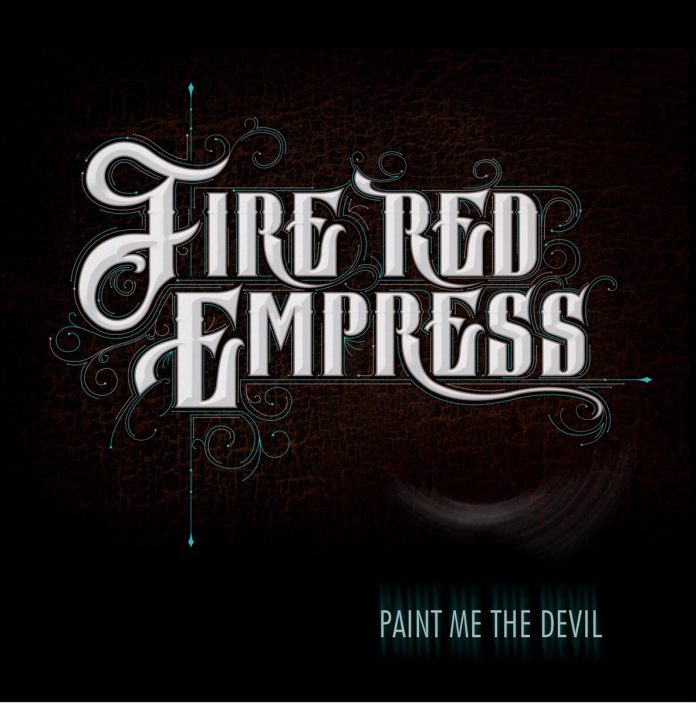 When they announced, earlier this year, that they were splitting up, Voodoo Johnson left behind a raft of goodwill, a lot of sadness and no doubt, plenty of unfulfilled ambition.

The Brummies had everything going for them, hooks, great songs, and a nationwide tour with Europe behind them, it seemed, back there for a while that they were going to be the boys most likely.

Fear not, though, because three of them – Carl, Paul and Nik – are back, back, back, adding a new rhythm section, calling themselves Fire Red Empress and releasing this mighty fine three track taster.

You hesitate to use hyperbole, but then you listen to “Paint Me The Devil” and you hear a band that seemingly is intent on making big songs for big venues and doing so superbly.

Kicking off with “Left Unspoken” the first track FRE came back with a few months ago, it comes on like some kind of head on smash up between Queens of the Stone Age and arena rock sensibility, with a urgent opening riff that fair old kicks your door down to get inside and a chorus that opines: “thrills numbed by cocaine,” it is a quite brilliant opening.

The title track follows and is more of the same, as Volbeat’s Jacob Hansen – who produces here – injects the track with such vitality, before a rather unexpected and rather menacing middle section gives way to a breakneck close.

This magnificent trio of tracks is rounded off by “Behind The Veil” and it showcases an altogether different beast. A slower, darker feeling, more deliberate track, it has a more overtly stoner rock feel. It wouldn’t have been out of place on a “Deliverance” or “Wiseblood” era Corrosion Of Conformity record.

“Paint Me The Devil” is more than a promising debut EP that merely hints at a bright future. Rather it is a CD that is very special in its own right. If Fire Red Empress follow it up with a full length that is anywhere near this good then 2015 could be extremely special.