Hair metal is coming back, yo

Norwegian Four piece Hard Rock / Heavy Metal band FIERCE JUSTICE released their self titled debut EP earlier this year, and have begun Pre-production for their upcoming as of yet untitled debut full length.

Since the band’s creation in 2008, FIERCE JUSTICE has unified their favorite influences bringing the intensity and heaviness of legendary bands that reigned in the golden age of rock and metal, while infusing their songs with lyrics that resonate with modern day themes.

The recording, mixing and mastering for the EP were handled at UrbanSound Studios in Oslo, Norway by Jock Loveband.

The band say they are: “Inspired by the legends, fueled by desire to reinstate rock music into this age!”

The FIERCE JUSTICE EP is currently available in Digital format from a number of online retailers, including iTunes, Spotify,Amazon, & can be purchased in physical form by contacting the band directly: contact@fiercejustice.com 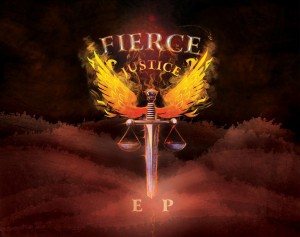