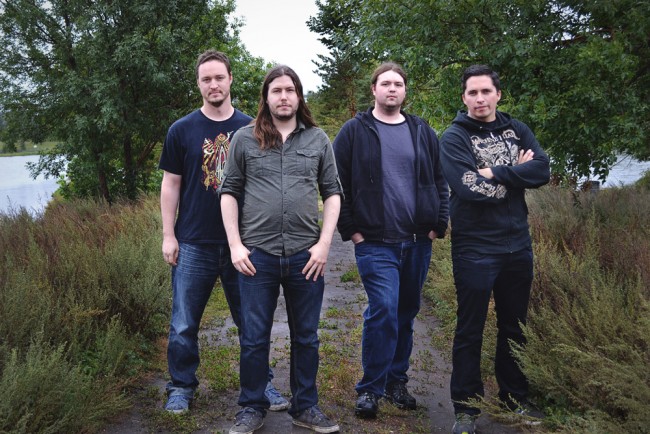 Listen to first track from their new one now

Bonnyville, AB death-infused melodic metallers SILENT LINE has teamed up with MetalNationNews for the premiere of their first single ‘Shattered Shores I: Timeless Night’ off their upcoming concept album ‘Shattered Shores’, which is the follow up to their 2012 LP ‘Born of Dying Star’.

“Timeless Night is the first part of the title track off this album and describes the coming of the storm that is supposed to wash away the ash of the past and renew the land. It shares a similar chorus with Shattered Shores II: A New Beginning, as well as the verse riff – although the songs are in different tuning. It also shares some lyrics with Erosion to tie the depiction of ashes and flames to the storm. It primarily describes hopelessness and sorrow, trying to move on, but being stuck in depression. Musically it is quite diverse ranging from classic In Flames-style dual lead guitars to a four guitar harmonized clean bridge and huge ringing chords.” comments vocalist/guitarist Michael Burton.

Producing heavy and melodic music with an orchestral flair rooted in death metal ‘Shattered Shores’ is the band’s first concept album. The title track is split into two parts, and throughout the album several thematic riffs and lyrics are repeated, creating a motif for listeners. The title references being stranded and trapped forever as the shores become more eroded and the reality of isolation sets in. The lyrics revolve around the themes of overcoming hardships, anxiety, and “weathering the storm” in order to persevere. A single person is referred to throughout the album and everything is told from their point of view as they wander, stuck on the island — unsure of how they got there, and unsure if they will ever leave.

SILENT LINE is composed of Mike Burton leading the charge on guitar and vocals, Randy Bergh writing pummeling guitar riffs, Andy Sidloski crafting driving bass lines, and Adam Kallstrom thundering on drums. The line up charges audiences with their energy and fills the entire room with its symphonic melodies. heir dedication to their craft is strengthened by their loyal fans, who have supported their development over the years with their two previous albums  ‘Born of A Dying Star’ (2012) and ‘One Body Blade’ (2010). 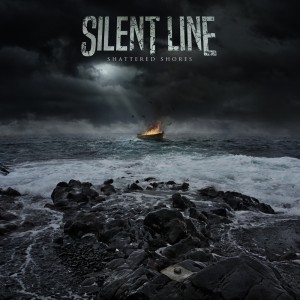