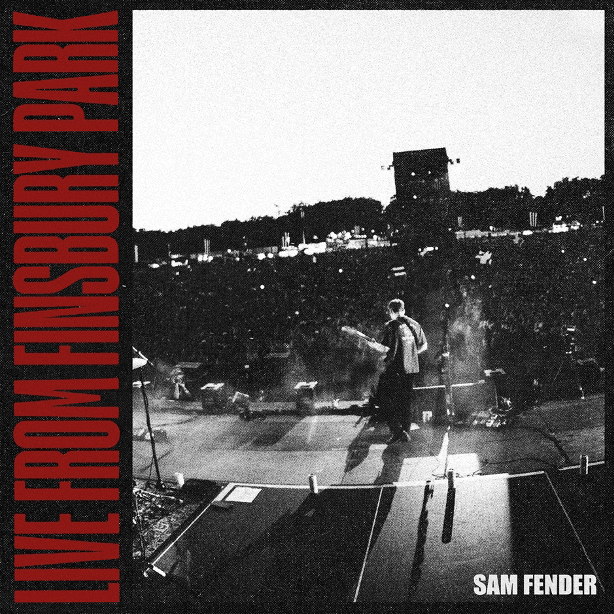 Sam Fender is pleased to share the final track ahead of the release of Seventeen Going Under Live Deluxe Edition on 9th December through Polydor Records.

The track itself was first shared on the day of the Finsbury Park show in London back in July, and was performed live later that evening.

Watch the visualizer for ‘Alright (Live From Finsbury Park)‘ HERE

Alongside the live record, two new tracks feature on the deluxe edition including Wild Grey Ocean which is streaming now. Recorded during the original album sessions, it was held back for this future release. A second unheard track, Little Bull of Blithe, will be shared with release of the album on 9th December.

Seventeen Going Under was originally released on 8th October 2021. It debuted at number 1 in the UK on a wave of critical acclaim, and set up a tremendous twelve months for one of Britain’s best songwriters, winning Sam a second BRIT Award for Best Rock/Alternative Act, two NME Awards, a prestigious Ivor Novello Award for songwriting, Sam’s first Mercury Prize nomination, with the title track taking Song of the Year at the Rolling Stone UK Awards.

Next June, Sam headlines two nights at the 55,000+ capacity St. James’ Park in Newcastle. Both shows sold out instantly. New dates in Belfast and Dublin are also on sale now for next Summer, and a headline slot at Glasgow’s TRNSMT Festival.

“Live From Finsbury Park” captures Sam’s scintillating sell-out performance in front of 45,000 fans earlier this Summer in London. As Sam’s biggest headline show to date, and straight off the back of his show-stealing performance at Glastonbury Festival, the Finsbury Park show paid testament to an incredible twelve months for an artist whose rise has been meteoric.

The album will be released as a standalone double coloured vinyl. It will also feature on a “Live Deluxe Edition” of Seventeen Going Under on double CD, including the B-sides and two new tracks.

Seventeen Going Under Live Deluxe (CD 1):
Seventeen Going Under
Getting Started
Aye
Get You Down
Long Way Off
Spit of You
Last to Make It Home
The Leveller
Mantra
Paradigms
The Dying Light
Better of Me
Pretending That You’re Dead
Angel In Lothian
Good Company (Live)
Poltergeists
Howdon Aldi Death Queue
The Kitchen (Live)
Alright
Wild Grey Ocean
Little Bull Of Blithe

Live From Finsbury Park (CD 2):
Will We Talk?
Getting Started
Dead Boys
Mantra
Better Of Me
The Borders
Spice
Howdon Aldi Death Queue
Get You Down
Spit Of You
Alright
Play God
The Dying Light
Saturday
Seventeen Going Under
Hypersonic Missiles