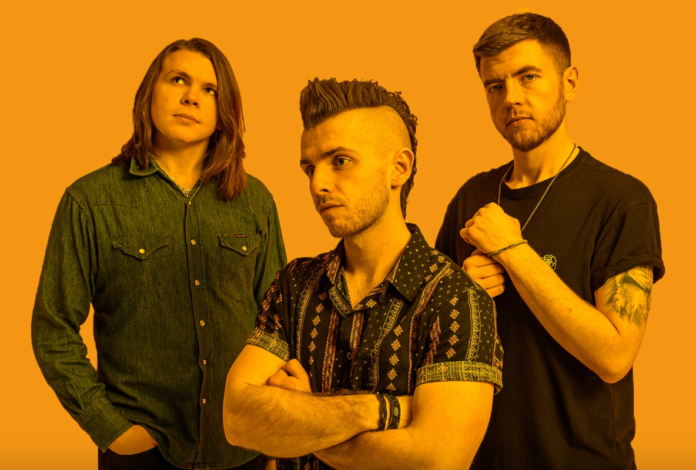 Glasgow rock band Anchor Lane have announced a massive new UK headline tour for February 2023 in support of their forthcoming album release ‘Call This A Reality?’ including a previously announced headline show at Glasgow’s Garage 2 on the 28th January 2023, giving fans the opportunity to celebrate the album’s release with the band.

Conor, Lawrence and Graeme spent the past couple of years writing and recording the new material in Glasgow with producer Bruce Rintoul (Twin Atlantic, Fatherson, Vukovi).  The resulting sound of the band’s sophomore album can only be described as ROCK, its got hints of metal, classic rock and more, but all with an underlying groove and is a sum of their bands influences including the likes of Nothing But Thieves, Royal Blood, Don Broco, Bring Me The Horizon and Band of Skulls.

“We’re so excited to bring our brand new album Call This A Reality? out on the road! Expect fun, high energy performances every night along with some old favourites too. Don’t forget your dancing shoes!”

The February UK headline tour will finally give fans the chance to hear the album live and cement the band as ones to watch within the UK rock scene after a successful run of supporting and smaller headline shows over 2022 garnered great reviews.

Prior to the release of their debut album ‘Casino‘ in 2020, Anchor Lane had been building a following with to their relentless gigging schedule. The album garnered rave reviews across the board and went straight into the Official UK Rock Albums Chart at Number 9, scoring the band their first Top 10. It was also Top 20 in the Official Scottish Albums Chart and Top 50 in the Official UK Independent Albums Chart.  Appearing at festivals such as Download, Isle of Wight, Stone Free and Belladrum etc. (along with notable guest spots with acts like Eagles of Death Metal, Tremonti and Cheap Trick) Anchor Lane were denied the opportunity to tour the release of ‘Casino’ due to the global pandemic. The band turned this into a positive when, amongst several live streams for their fans, they used the time to dig deeper into the song writing process, which has resulted in the brand new collection of songs to be found on ‘Call This A Reality?’.

Tickets for all of the above dates are available on: https://anchorlanemusic.com/upcominggigs/

‘Call This a Reality?‘ the brand new album from Anchor Lane, is available to pre-order from the band’s D2C Townsend Music store here > https://anchor-lane.tmstor.es/

Previous article
LOADS OF TANGENTS
Next article
FENDER OFF