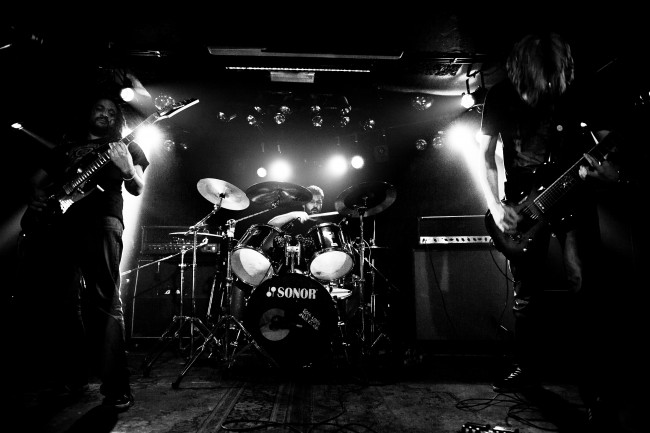 After opening shows in their hometown for bands such as Altar Of Plagues, Monarch or Sofy Major, they released a 3 tracks demo recorded by Jeremy Stoz (Mammouth Machine) at the Pole Image studio.

As result of this ep. they hit the road for a new series of shows, festivals and contests such as the Concourt-Circuit while working on some new compositions. The result of this work is Angakok, the band’s first album, recorded at the Noise Factory Studio by Gerald Jans and released in May 2015 by Satanath Records, Metallic Media and The Smoking Goats Records.