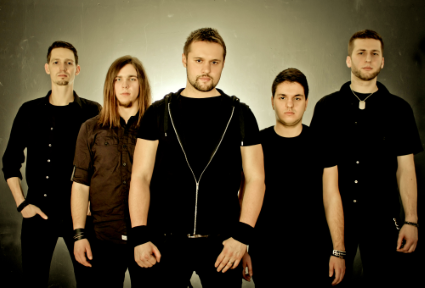 Within Silence is a young, promising melodic metal band that are ready to make an impact in the metal scene with their debut album “Gallery of Life”.

The band was formed under the name “Rightdoor” in 2008 by Martin Klein and Richard Germanus and was operating more as a project during the first years. Besides Martin and Richard, some other musicians were involved but no stable line-up was kept. During 2012 the band recorded a single that helped them to get the word out.

Rightdoor was now a full band and started to play shows around in their home country Slovakia. During 2013 and 2014 they shared the stage with bands like Dark Moor, Theocracy, Blaze Bayley and more.

At the end of 2014 the band finished the recordings of their debut album entitled “Gallery of Life” with the help of producer Jan Cvercko. The guys then felt that they needed a stronger band name, so they decided to change it to “Within Silence”. Early 2015 Within Silence signed a deal with the Swedish label Ulterium Records, and the debut album “Gallery of Life” is scheduled to come out early May in Europe and North America.

Strong musicianship and the ability to write interesting songs with memorable melodies makes Within Silence a band to be reckoned with for years to come. Their debut album “Gallery of Life” got everything from up-tempo power metal tracks like “Silent Desire” and “Emptiness of Night” to pounding metal tracks like “The Last Drop of Blood” to epic metal songs like “Road to the Paradise”.

“Gallery of Life” will be a perfect album for fans of bands like Sonata Arctica, Stratovarius and Theocracy and fans of melodic metal in general.

The artwork was created by Jan Yrlund at Darkgrove Design [Delain, Apocalyptica, Korpiklaani].