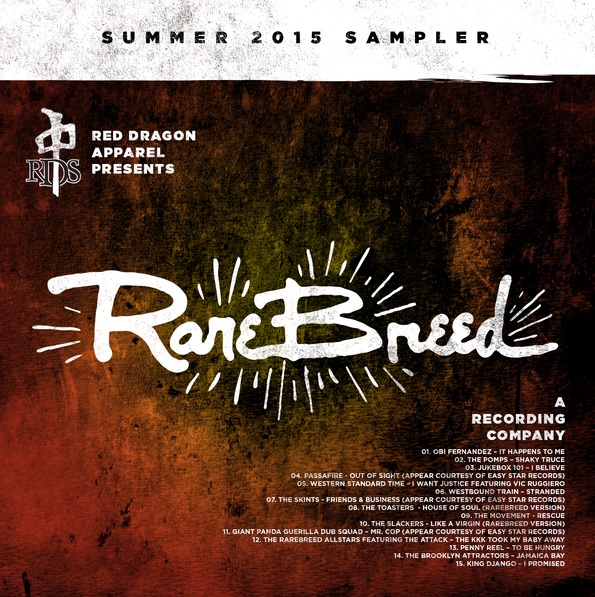 You may recall a few weeks ago that P+P’s brother label Rare Breed Recording Company announced their arrival as a dedicated Ska/Reggae/Soul-Label (brought to you by Obi Fernandez and Vinnie Fiorello of Less Than Jake/Paper+Plastick/formerly of Fuelled By Ramen) with the unveiling of The Young Ones featuring Anthony Raneri of Bayside.
Now Rare Breed are delighted to announce that they have teamed up with Red Dragon Apparel, Rootfire and Easy Star Records to bring a FREE Sampler full of killer Ska, Reggae and Soul to get your summer started.
The Sampler’s tracklisting is as follows:

1. Obi Fernandez – It Happens to Me

4. Passafire – Out of Sight (Appear courtesy of Easy Star Records)

12. The Rarebreed Allstars featuring The Attack – The KKK Took My Baby Away