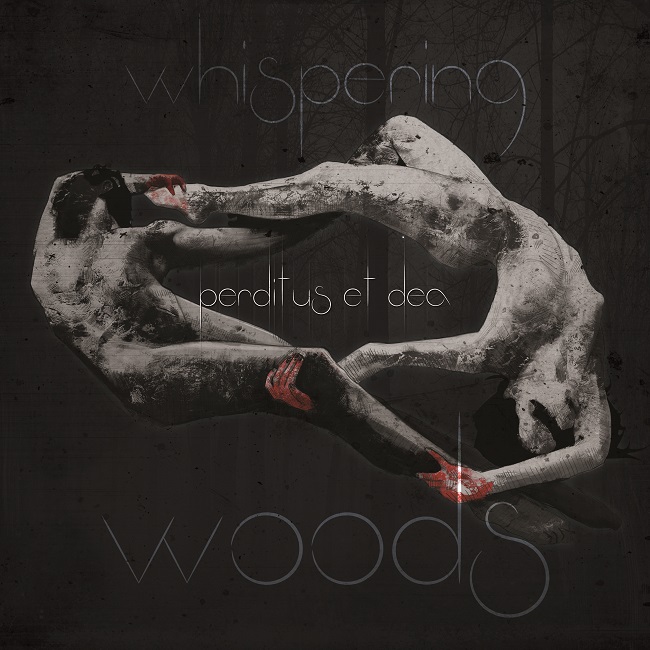 Romanian concept symphonic metal? It could only be MV really, couldn’t it?

The idea of Whispering Woods came to life during 2008 when two good friends decided to start a musical project which would have  the symphonic genre at its core. Even though it was a common genre at the time and many bands had both commercial and stage success, the idea was kept alive by the thought of making a kind of musical show based on a conceptual idea.

Thus, the songs which developed in time to form the debut album, Fairy Woods, are sustained by a concept story in which the listener is the main character who takes part in an imaginary journey through a mystical place where everything is possible.

The band went through many lineup changes, but from the beginning, the idea of a musical concept and not a group of people was the main element which drove things forward. Fortunately, summer 2010 brought the long desired stability within the band when Catalina Popa (flute – also plays alongside Haggard) agreed to join the group. Even though the flute wasn’t part of the initial plans, it turned out to be a great addition and a big plus from
a musical point of view. Cora (keyboards) and Alexandra (soprano) made contact through her and so the band was
in a complete formation.

The same year brought the 3rd demo attempt (the previous ones were made with the old lineups) which included 4 songs. Finally, in the end of June 2011, almost a year after the lineup was defined, the band started the recording process of its full length debut album. The raw material was recorded in Romania and it was mixed and mastered by Frank Renner, known for his work with Haggard, Crow7 etc., both in Romania and Germany

Fairy Woods, their debut album, was released in digital form on September the 30th 2011 and in physical form in April 2012 and was very well received by the metal community as well as the industry critics.

In the middle of 2012, Corina Hamat, a mezzo soprano who collaborated over the years with the band, obtained the status of full member. Having both a soprano and mezzo soprano was an old dream which is now
accomplished. 2013 brings a new addition to the band – István Vladareanu joins the ranks as the new bass player.

Whispering Woods has quite an extensive stage experience (all of the members have performed in other bands in the past), with a number of live appearances in this formula (in Romania for the time being) at festivals, private
concerts and club gigs Their shows have been described as “magical”, “creating a dreamlike atmosphere”, “enchanting”, “with mind blowing vocals”, and so on. Their shows are characterized by a high level of professionalism, impeccable performance and great stage presence.

On February 2014 the band signed their first label contract with Loud Rage Music announcing altogether that
their second album will be released early in 2015.