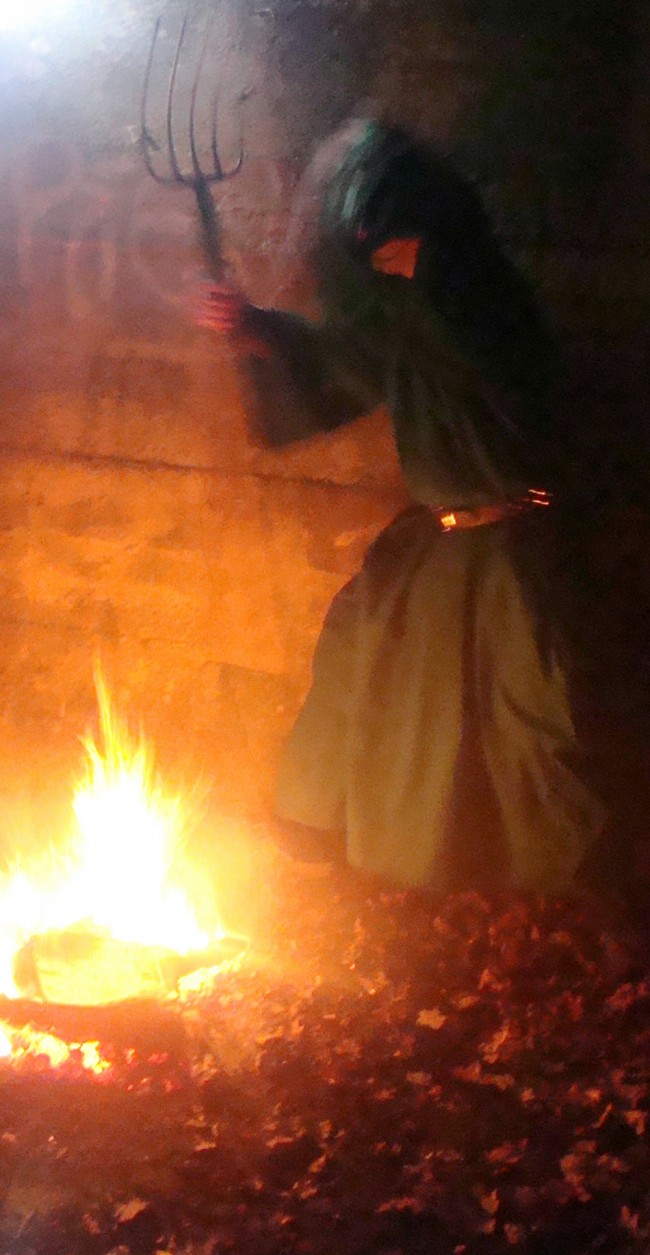 As one man Pagan force gets ready with a new album, here’s the bio to date.
2008- When Bitter Spring Sleeps Demo:
Black Metal Rituals inspired by, performed and recorded in a nature preserve environment blending true night sounds and black metal – Nature sounds were NOT samples mixed with the music – but the actual surrounding atmosphere while the music was being performed and recorded in the forest. This was an ultimate atmospheric black metal experiment to commune with nature in a truly pagan and ritualistic manner. Organic analog beauty drawing main influences from Nature, Ritual and acts such as Paysage D’Hiver, Njiqahdda, Darkspace. Early copies of the original release were hand-made, ritually burnt, painted and spell-enchanted by the artist.

WBSS offered unique Black Metal nature worship in the form of a new vicious live ritual recorded in a nature preserve: A spell to conjure storms. The other tracks featured WBSS’ first studio recordings blended with ambience captured at the same nature preserve but brimming with depth and thick instrumentation. One homage to the mystical powers of Fire and Water. And the final track closes the album concept with a tribute to the wonder and majesty of almighty death (a cover song written by etherial folk artist Arrowwood).

A work of unique neo-folk pagan black doom metal. Acoustic guitars recorded in natural forest surroundings, Powerful clean vocal style to impart a message of strength in self – and above all – respect to Earth. Main influences were Primoridial, Isengard, and Summoning. Field recordings and acoustic interludes recorded at Wapsipinicon River Environmental Education Center between 2011 – 2013.

Coven of the Wolves first introduced the concept story of a dark vengeful outcast who bred a legion of wolves to unleash and reclaim the once lush world from civilization and modernity.

Pagan Flames released the CD version and Wolfsgrimm Records released a beautiful vinyl LP version complete with full sized poster and lyric sheet. ALL PROFITS of CD version and EVERY CENT from EVERY digital download was donated to DEFENDERS OF WILDLIFE to PROTECT our nations wild WOLVES.

Spirit in Flames is a work of underground heathen metal for fans of Primoridial, Isengard, and Bathory. WBSS has returned to its black metal roots yet retained the solid clean vocal style of previous efforts to create a new genre of black heathen metal for the endtimes. An immersive atmosphere with powerful anthems to conjure fire in Pagan and Heathen hearts. Field recordings and nature interludes recorded between 2013 – 2015.

The concept story continues: The Father of Wolves is dead. But, the Coven he has set free upon the world of man has grown beyond number. Even behind the wall of death, the Father’s witchcraft sparks to life in a new Matriarch: A Spirit in Flames to burn away the sins of man and return the hunting grounds to the primordial black forest of old.