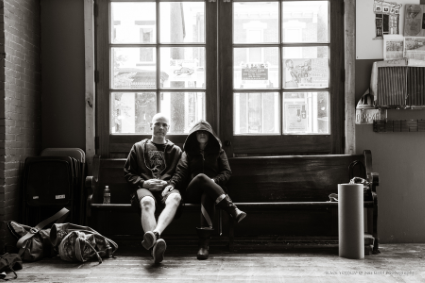 Of all the strange shit we’ve had on MVM, this. Just this.

Created by 200-hour RYT-certified instructor, Kimee Massie, BLACK YO)))GA is vinyasa style yoga set to drone, noise, stoner metal, ambient, industrial, space doom, and other traditional meditation music. It incorporates basic poses in a relaxed environment, while focusing on safe body mechanics. It’s a traditional class in practice, though darker than what you may typically associate with yoga.
It started as a conversation between Kimee and her husband, Scott Massie, on a road trip listening to the Bohren & der Club of Gore album,Midnight Black Earth. He ran a small music collective (Innervenus), while she had become a yoga instructor a few years earlier, and had always wanted to do something with her classes that would better fit her teaching style and personality. There were a few other CDs in the car, like Locrian’s The Crystal World and Sleep’s Dopesmoker, so they hashed out the initial blueprint from there. When they returned home and put things together, they contacted their friend Chad Hammitt, who was about the only other person they knew who would not only have a complimenting collection (different sides of the same idea, not just all the same material), but would also be interested in taking on the task with them. He was in immediately, and BLACK YO)))GA was born. 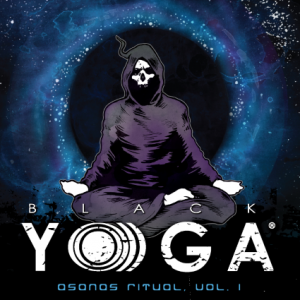 Since 2012, the music for these classes has been a series of mix-tapes. Though in mid 2014, the couple would embark on putting together the BLACK YO)))GA Meditation Ensemble, an eclectic group of metallic hippies and doomlords, to produce a more personal and specific soundtrack.

With members involved from Storm King, Veniculture, Agnes Wired For Sound, Moonstation Burning, Vulture, DeathCrawl, Complete Failure,Hero Destroyed, Filth on Demand, Secant Prime, eMay, Crown of Eternity, Torrential Bleeding, and more, this ensemble has produced a soundscape tailored to create a heavy meditative space in order to spread the benefits of yoga to people within their own art and music communities: people who may battle depression, anxiety, alcoholism, drug addiction, trauma/PTSD, phobias, dark passengers, etc.; those who may not feel they fit into the typical yoga classes; the people who, in all rights, may most need the balance and release of yoga to return to and lead rich, fulfilling lives.

8. Loopholes in the Universe

The BLACK YO)))GA CD and DVD package will be released on October 30, 2015 in a nice two disc digipak with an fold-out booklet to help youline up the poses with the songs, as they are crafted to flow. The stand alone amaray DVD only digipak will follow in January 2016.