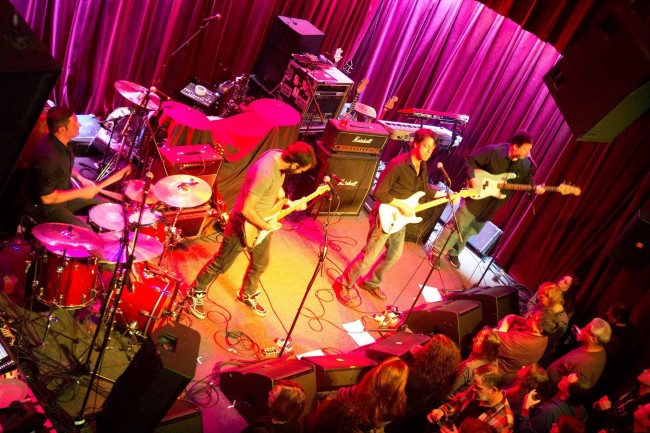 Travel Lanes was created on a whim…..or a series of whims. Answering, or commenting to a Craigslist ad, led to the formation of the group. Four guys deciding to meet in a room to play music was an accomplishment in itself. A well received EP was quickly recorded over the space of a year. A series of gigs were played before things eventually went south for any number of reasons.

With literally no reason for them to continue, the band decided to do some recording. Taking over the bottom level of the Cojocariu split level, the band began to record some new songs as a three piece. Learning the ins and outs of the recording process, in addition to out of tune guitars and noisy amplifiers, took a bit of time. Though, I must note, John’s drumming was solid throughout. The return of guitarist Derek Feinberg to the fray brought a new focus to the project. The band felt a sense of momentum as the sessions began to bear fruit.

The band say: “Let’s Begin to Start Again is an emotional, personal, passionate record, and the songs have attached themselves to each of us in their own special ways. We hope that the words, melodies, harmonies and the energy we’ve put into these songs will attach themselves to you in some way too.
Come see a show, buy the record, and stop and say hello.”