Limb On A Dawn Raid 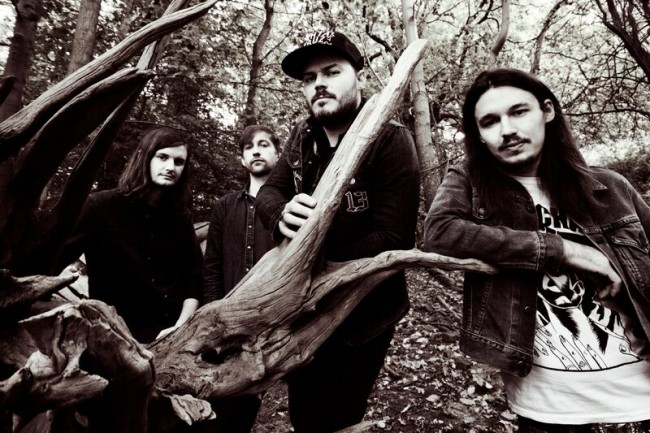 Recognising Limb’s love of both stoner dirge and glam stomp, Russ Russell has described the band’s sound as ‘GoatSlade’, and we can see why. Buried in the dirt is a cosmic boogie, which pays more than a nod to the decade of stacked platform boots without ever feeling retro.

Thematically the album addresses the prospect of absolute destruction and the possibility of life thereafter, which is echoed in the album’s artwork, a startling retro-futuristic collage by Cur3es (responsible for the art of FuManchu’s ‘Gigantoid’). It conveys the album’s mood perfectly: the familiar juxtaposed with the unknown, a world where nothing is quite as it should be.

Strictly limited to 500 copies. Also available on CD and Download.

Limb have also announced an album launch show at The Crowbar in London on 9th September which is free entry.
www.facebook.com/LimbTheBand
Previous article
Seigmen Part Of The Union
Next article
Featured Band: Travel Lanes