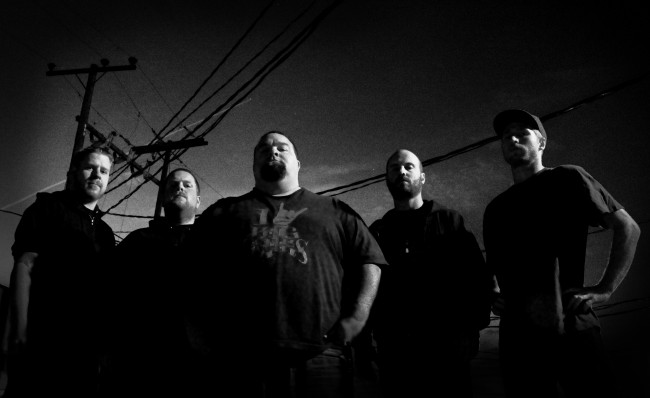 Meet the self styled ghetto metal band from Ontario

The Apex formed in August of 2013.They are a collective of individuals from the Ontario metal community, whom over the years have come together from past bands such as, Closed Casket Funeral, Dismata, Blood Shot Eye, The Coalition Design, and Corprophemia to form The Apex.

In a true culmination of talent, dedication, and timing, this group has created a unique hometown sound that is now being called “Windsor Ghetto Tech”. The brutal sonic assault of their music coupled with the emotional reckless abandonment of their live performance, have drawn stanch comparisons to Meshuggah and classic Dillinger Escape Plan rounded out with a distinctly Canadian flair.

In July, 2014 they entered Shark Tank Productions studio in Windsor, Ontario to begin recording their debut self-titled full length album, “The Apex”. They hired engineer Nick Kinnish of Serafina Productions (Johnny Truent, Architects, and more) to aid them in capturing their sound accurately. In November, 2014 they completed their recording and announced the independent release date of February 21st, 2015.