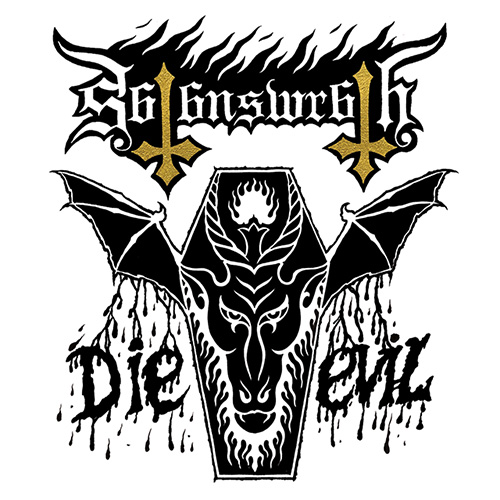 The formula in Satan’s Wrath’s cauldron is simple, and the resultant elixir delivers a feverish 21st century continuation of the paganizing infernal assault that was heavy metal at its underground mid-eighties pinnacle: damaged by the slavering spite of Venom, the flesh ripping fortitude of Metal Blade-era Slayer, the nightmarish derangement of Possessed, and the machine-gun onslaught of Destruction. Yet make no mistake; this is no retro confection, no harking back to an idealised, battle-jacketed aesthetic ideal. This is a sound driven by a hard-driving imperative of corruption and malevolence, and rendered forth with an unflinching filth of delivery.

Hideous new worlds of depravity are opened up by Die Evil, without a shadow of a doubt the darkest, fastest and most powerful blast of fury that this demonic force has thus far produced.Satan’s Wrath’s diseased headspace is one where to play heavy metal means to be a thorn in society’s side, and an adversary to respectability. Where metal means transgression, where metal means war. Where metal means evil.

Listen to “A Mindless Servant of Satan” now on metalblade.com/satanswrath. “Die Evil” will be released on May 5th in North America, on May 1st in Germany/Austria/Switzerland, and on May 4th in the rest of Europe.