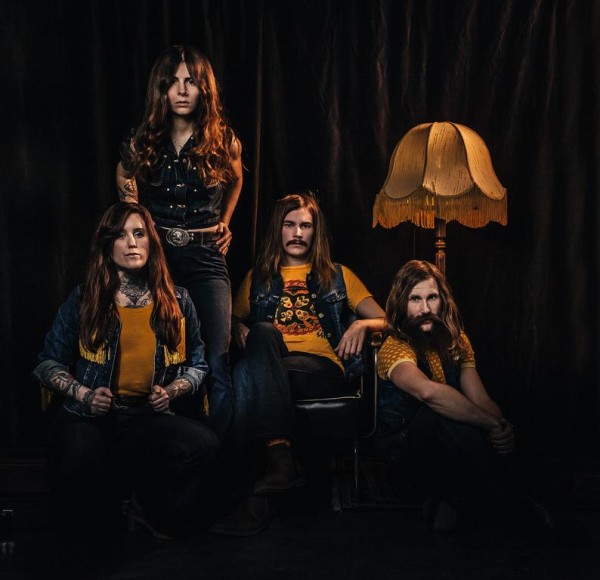 Swedish Rock’n’Rollers HONEYMOON DISEASE have announced their worldwide signing with Napalm Records! Their upcoming album is scheduled for autumn 2015 release and will be one of the finest groovy and speedy rock masterpieces yet. Be prepared for HONEYMOON DISEASE!

Sebastian Muench, A&R Napalm Records:
“We are absolutely excited to announce the Signing of Gothenburg´s Rock Band Honeymoon Disease! Jimmy and I have been friends for a couple years and in 2014 we released the labum MAMONT “The Valleys Below” (Jimmy´s other band) on Vinyl. Honeymoon Disease is a musical revelation for fans from Deep Purple, Thin Lizzy, Rainbow or Rush with a very similar charm and uniqueness to create timeless albums in the future. This summer we kick things of with a collectors edition webstore 7” Single release to give you a first taste of the debut album!”

HONEYMOON DISEASE on the signing with Napalm Records:
“Watch out! This is Honeymoon Disease! A speedy rock quartet from Gothenburg, Sweden, that will blow your pants off with heavy trimmed guitar-riffs and 70’s rock’n’roll grooves. The band is stoked to announce the lounge of their debut album that will be released through Napalm Records this fall. So buckle up, this will be a hell of a ride!”
More info & news coming soon!