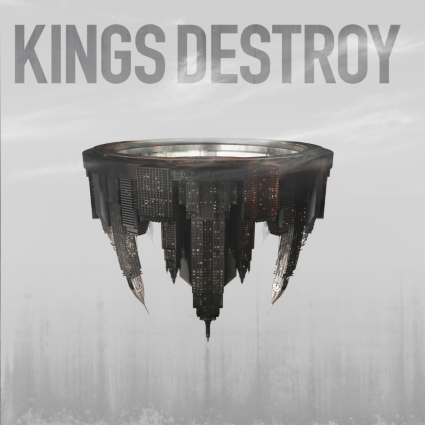 Brooklyn bruisers serve up something a touch special for their third full length.


They’ve already got the patronage of stoner gods Yob and Pentagram, so there is a buzz about Kings Destroy that perhaps surpasses the usual.

To understand why people are excited you probably need the back story. The guitarists here Carl Porcaro and Chris Skowronski were in Killing Time, singer Steve Murphy (who Pentagram’s Bobby Liebling reckons is “singing from his balls”) was in Uppercut, so was Rob Sefcik. The five men here have been friends for decades, having cut their teeth in the New York Hardcore scene, but now are ready to turn their hands to their third full length record together.

And, what a record it is.

The seven tracks here boast all the usual downtuned goodness. Let’s be blunt here, opener “Smokey Robinson” is the work of men who have heard the odd Sabbath record, but “Mr O” has a groove and a chorus that is more Orange Goblin than Ozzy. “W2” on the other hand is as pummelling and destructive as a pneumatic drill, and just for good measure, it will worm it’s way into your conscience in ways you weren’t expecting as it races around on the back of the gargantuan riff.

Often miscast as simple, even monolithic music, instead doom is becoming ever more complex and quasi prog, “Kings Destroy” is another album that doesn’t deal in straight lines. It’s a heavy record, but it’s not over-long, and it contains enough light and shade to offer subtlety that some of their peers might not trifle with, the slow building, almost balladic “Mythomania” being a masterclass in songwriting.

The longest track here – the crushing “Embers” – is followed by the shortest in the swirling “Green Diamonds,” which echoes early Alice In Chains,  and the pair bounce off each other superbly.

The final one of these seven is perhaps the most interesting and the least immediate. “Time For War” builds eerily and appears almost to be straining through the fog, as Murphy adopts a disconnected tone, as the track takes on a rather different tone to that the band adopted at the start here.

As that might indicate – and whether this is by accident or design only the band themselves really know – “Kings Destroy” is a real journey for the listener. Frequently rewarding, occasionally challenging, but always of high quality. The band deserve the praise.