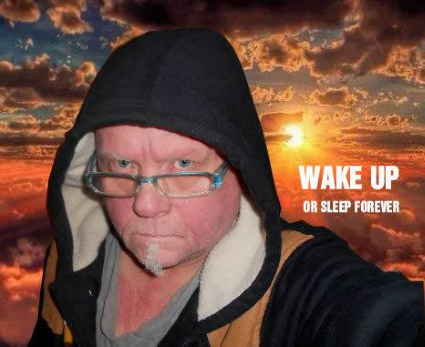 As they return with a new album, we tell the (lengthy) story of Ricochet

Formed in 1975, Ricochet performed their first professional gig at the Botanical Gardens in Birmingham on 02 September 1977, supporting local Prog rock band Cryer. Many years before the American country and western band ‘Ricochet’ were formed. For three years Ricochet played all the midlands venues and established themselves as a leading NWOBHM band playing with the likes of other Birmingham bands such as Jamieson Raid, Demolition, Handsome Beasts and The Starfighters.

In 1980 they released the now famous single ‘Midas Light’, which secured them a tour of Germany in September 1980. While playing to many of the American soldiers in Germany they sold hundreds of this single, not knowing that these singles would travel the world and later be known as ‘the holy grail’ of rock singles. The band parted ways after the Germany tour with The Finn (bass) staying in Germany to form the Anglo German rock band Damien (with ex-Singer from Demolition).

Their first Album reached the top 20 in the German charts. Mick (drums) ended up moving to the States to play for a band in New England. Dave (guitarist) moved to Spain and gigged solidly on the Spanish Riviera for 15 years. Geoff (singer) became an acclaimed songwriter, working for the likes of Lou Dalgliesh, with a top 30 single in Japan and also performed live with Lou as support to major artists such as Wet Wet Wet and Bryan Ferry. While all this was happening ‘Midas Light’ got bootlegged and released on a NWOBHM CD from Japan.

With the birth of the Internet the single and bootlegged tapes travelled the globe as the song became a NWOBHM anthem. The Finn, now back in England and playing bass for The Handsome Beasts, picked this up and managed after many months, to track the band down. Midas Light had become a collector’s item and was fetching in excess of $1000 on eBay. In 2000 The Finn finally got the band back together (including flying Mick in from the States) to re-record Midas Light and 4 other Ricochet tracks at the Sable Rose studio in Coventry.

This was then released on CD as the Ricochet singles; once again this sold out. After the recordings all members went back to their different musical lives. Once again things could not rest and The Finn got the band back together to perform their first concert in 25 years, at a Northampton Music festival, where they had a cameo appearance playing Midas Light, Dreadnought and Off the rails. Once again the band returned to normal life.

In 2010 Geoff nearly died in hospital and through a unique set of circumstances wrote a song about this traumatic experience. It was the perfect excuse for the band to get back together. By this time they had all returned to their roots after years on their different roads…all to within 40 miles of Birmingham. Out of this final reunion came the new song ‘The Blue eyed beggar and the teenage captain’ an absolute corker.

Even though the members of the band had matured in their own separate ways, the old chemistry was there…in spades. This was the start of the rebirth of Ricochet. Due to Geoff’s frail health it was decided that they would be a studio band with the pure objective of writing songs and recording them. This has worked very well to date, albeit slow, and they now have 5 new songs towards a new album. But don’t be misled, these are not just any 5 songs; they are all in the rich Midas Light vein and the band is now experiencing its most productive writing, with 4 other songs on rehearsal tapes.

Furthermore Geoff and The Finn have taken the mantle as video editors and now all Ricochet songs (new and old) have videos on-line, one of which (“Maid In His Image”) reached number 2 in the Beat100 charts. As a side profession The Finn has become a screenplay writer and in 2014 won the best Epic screenplay award at the Monaco International Film festival.

He gave the script to Geoff, who immediately came up with fitting lyrics and very soon the band had a new amazing and this time cinematic song, ‘Wake Up’, which will be released on all downloads sites, such as iTunes and Amazon on 06 April 2015. Pre-sales date is set for 23 March and anyone who pre-orders ‘Wake-Up’ will be sent a limited edition DVD of the old Ricochet singles (full mp3 and videos). To top it all Ricochet are planning their first gig in 10 years on 25 July 2015 in Northamptonshire. Never say never with Ricochet! ‘