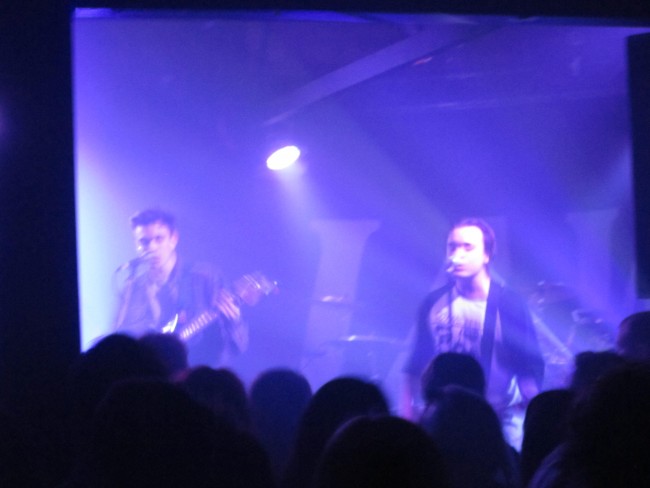 If its a band no one else at MVM has ever heard of, you can bet it was Damian that was there to review it. Here  he is watching an Indie band called Jaws.

One of the much talked about, up and coming, tipped for the top bands to emerge from the Birmingham B-Town hype, surrounding bands from around and about the second city. So could they live up to expectations?

A packed Warehouse in the Rainbow awaited the group and a massive roar greets them upon their arrival on stage, straight into “Time”, quickly followed by “Friend Like You” and then “Filth,” which completes the opening trio.

Jaws remind me at times of an early version of the Cure but they have a style of their own with some really catchy tunes such as “Swim” which followed next. A couple of news songs are aired – one called “Simplicity” and a track so new that it is still unnamed, with frontman Connor helpfully pointing out that its not called “Ace Of Spades.”

The set ends with “Gold” and Connor Schofield, Alex Hudson, Eddy Geach and Jake Cooper leave the stage under a deluge of dry ice.

I have seen a few of the B-Town bands, but by far these boys were the best that I’ve encountered so far..

The interaction with the audience was a little lacking but they are a young band and I’m sure this will come in time. I hope so, as it would be wonderful to say I was there to witness another Birmingham group before they struck it big.

One to watch out for.