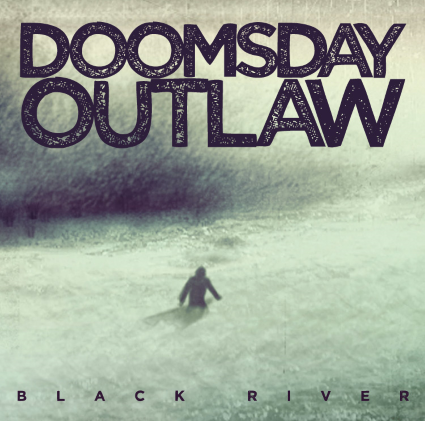 Self released brilliance from the Swamps of the East Midlands

You know those Heavy Metal band name generator pages you get on the Internet (this reviewer is Iron Spawn by the way)? Well, sometimes equally you just know by a bands name what they are going to sound like.

So it was, when Doomsday Outlaw’s new record dropped into our inbox at MVM Towers the other week, that we got rather excited at what we assumed was some kind of NOLA inspired stoner metal effort from the U.S.

We were half right.

The first part, yeah, of course it was correct. And the riffs here are thick, the vocals low and it all sounds like Down, COC, and a little closer to home a touch of Orange Goblin, but Doomsday Outlaw, rather than being from across the pond, are from the East Midlands. They are also a new act. Competing in this year’s Metal To The Masses for a place at Bloodstock, and this is their debut effort.

However if the band name prepared you to some extent for the sound, you are absolutely not ready for one thing: how good this record is.

It kicks off with the title title track, a great weighty slab of Southern metal and roll, a superb guitar sound, riffs that just about restrain themselves from punching you in the face and talk about a groove! “Back On Track” is better still, adding a sort of BLS feel, while singer Carl Batten possess such a rich, down to earth voice that it almost dares you to disagree with him.

There’s admirable light and shade on offer too. “New Salvation” is a huge sounding ballad, but comes with the warning that “I’ve had all I’m gonna take.” “Bed Of Lies” is a more twin guitar, conventional metal track, the opening gallop wouldn’t be amiss on a latter day Saxon album, and drummer John Willis slams throughout, while “Hallelujah,” is a slower, crushing piece of work.

Best of all, though, are a pair of songs that stick closer to their Southern fried roots. “Mountain Man” stomps around like a hairy beast and actually has you believing that these five men here are from the Prairies instead of the Peak District – and actually sounds not unlike the mighty Monster Truck while it’s about its business. However, the absolute jewel is “Judgement Day,” like Lynyrd Skynyrd drinking moonshine with Clutch and Motörhead, this is the song that surely deserves to push them into the public conscience.

At a gig recently MVM was at recently, one of the bands remarked onstage that it was the best time ever for the unsigned metal scene in this country. “Black River” is further proof of that.

Let’s not burden a band who has been formed for less than two years with the weight of silly expectations, but just instead say this: Doomsday Outlaw have released a brilliant record, and you need to seek them out forthwith.