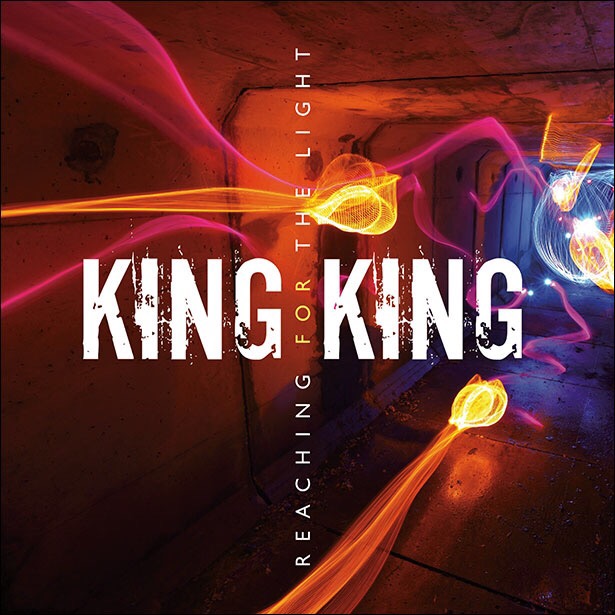 Even allowing for the fact that Blues is going through one of the biggest boom times in its history right now, the buzz surrounding King King marks them out as a bit special.

It goes like this. This collection of some of the best blues players around decided to get together five or so years back. Along the way they’ve impressed everyone, including the judges at the British blues awards. Best Band? That’d be three times in a row. Best album? Oh come on, do you really need to ask stupid questions. And if you counted all the awards they won at last year’s shindig you’d need all the fingers on your hand.

But you know what these blues fellas are like. They get easily bored. If they aren’t in the studio, they are on the road, and it has been a couple of years since King King’s last studio record and that, well, it just won’t do.

So here we are in present day with this new nine tracker. And it’s business as usual. That is to say that there are moments on “Reaching For The Light” that touch brilliance.

Broadly speaking KK deal in three tempos. Bluesy rock. Shimmering summery funky stuff and straight up blues stuff. Luckily – and perhaps annoyingly if you are one of their contemporaries – whichever they concern themselves with, King King just ooze class.

“……Light” kicks off with one of the former group. “Hurricane” brings with it a strident hook and sees us in a world where singer/guitarist Alan Nimmo’s woman has done him wrong, while “You Stopped The Rain” is a shimmering thing, notable for being one of the many songs here that sees Bob Fridzema’s organ swirl, as it is used perfectly throughout.

An album with almost no poor moments, let alone dips in quality, still has its own stand-out cuts. “Waking Up” has a bassy stomp about it, “Rush Hour” builds and broods and wouldn’t be out of place on a Bonamassa record, “Lay With Me” brings with it a laid back, almost Rolling Stones-playing-around-the-campfire feel, but it’s the last song here that really slams home the thought that King King have done it again.

MVM saw the band recently, just before the record was released and “Stranger To Love” was a showstopper. So it is here, as Nimmo – a magnificently gifted guitarist – cuts loose for perhaps the only time as he restrains himself elsewhere to make the song the (King) king. It also rather neatly brings us full circle, as like the opener, the lyrics concern themselves with loneliness.

Sometimes you look awards and think, “how the hell did they win that?” Not with King King. Sorry everyone else. The best blues band of 2015, together with the best blues album. That’s just been won already.

Previous article
Moonspell Back For Round Two
Next article
Featured Band: Shrapnel Storm