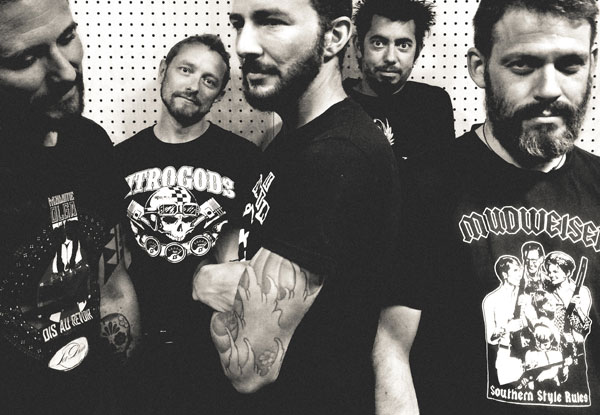 The French band who literally don’t give a shit
RAB’s story started just like many other rock bands, with five friends completely inebriated at a bar and suddenly someone says we should start a band. And so they did and they named it Rien A Branler­, which literally means I don’t give a shit in French.
That was five years and since then, RAB have recorded and released their first album “RAB1” in late 2013 and played numerous shows in their home country.
Now in 2015, the French stoner-rock group returns with their second album, unsurprisingly titled “RAB2”. Recorded and mixed by bass player Romain Gayral at Cartellier studios this new effort consists of eleven new tracks that merges the vibe of stoner-rock with the attitude of punk’n’roll and will surely impress fans of Clutch, Queens of the Stone Age and Truckfighters.https://www.facebook.com/durab
http://www.klonosphere.com