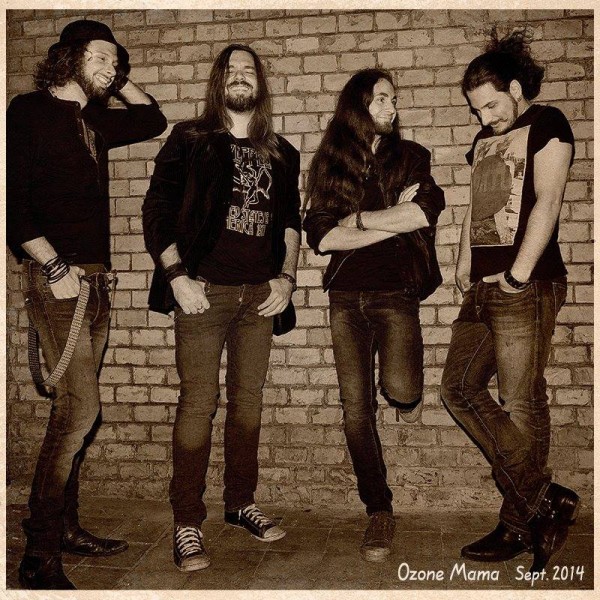 Meet the Hungarian band who bonded with MVM over Crobot and turned out to be marvellous in their own right!

You know that the two of us who write this website love Crobot, right. I mean, seriously love Crobot.

A week or so ago we were lucky enough to see the band twice, and they were awesome. A couple of days after the second encounter, we got an email from a guy called Andris, who said:  Budapest-based vintage rock band Ozone Mama. We are massive Crobot fans and I have just seen your review of the band!It would be our pleasure if you guys could check out the way we rock!https://soundcloud.com/ozonemama

And believe me, these guys are the serious real deal! So, yeah, Andris, you rock!

Check out this video.

Well what else do you need to know? This is what the band had to say.”We  deliver an authentic classic rock vibe. Their songs show a modern take on the late 60s’, early 70s’, “The Golden Era of Classic Rock”.” Amen, to that.

The band’s live performances are dynamic. The band had won the 2012 Hungarian Grammy-award ‘Fonogram’ with their debut album: “The Starship Has Landed.”

Their”Freedom” EP was released in 2013. Their song: ‘Go’ has already been put into rotation in the broadcast of Hungary’s most famous radio-channel MR2-Petofi. The same song along with the one called ’The Juggernaut’ is currently being airplayed in the Kentucky-based WMMT’s The Rock Show which could be heard in five states of the USA.

The song ‘I Really Care’ was featured on the Classic Rock Magazine’s Unleashed Vol. II bonus CD, 2013 Summer Issue. The group has won Hard Rock Rising 2013 – Battle Of Bands Contest as the local finalist of Hungary, and they were Number 26 on the world-wide HRC contest which is an emblematic place among the thousands of bands whom participated in the competition.

After the last year’s successful club-tour and various festival performances the band will be adding tour dates outside Hungary as well to the 2015 agenda. Their new album and video will be out in the summer. Ozone Mama is the best Hungarian “americana” band that can play any stage. Their live shows have drawn rave reviews and with a fan base that is rapidly growing. The band has also gained both local and international recognition due to their soulful music and far above average live performance.

They perform their songs in English and their energetic live performances perfectly fit at any festival, club or event line-up. The band is prepared for an acoustic set as well.

We like these guys A LOT. Show them some love!