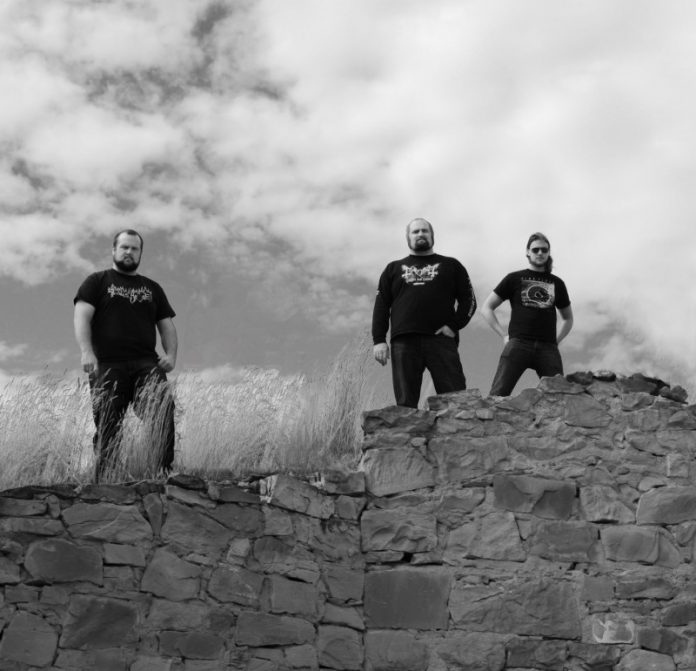 February 24, 2016
Reading time: 1 min.
Facebook
Twitter
Pinterest
WhatsApp
Linkedin
Email
Print
Telegram
Copy URL
By Andy Thorley
They’ve toured with Emperor, and their new album is here soon.
Martriden are an all-American nightmare producing blackened death metal with progressive and symphonic highlights that sound straight from the depths of hell. Established in 2005 in their home state of Montana, USA and now residing in Denver, CO. The band’s name is derived from the Scandinavian word “Maradraum” meaning nightmare. The name is also associated with various folklore of a malignant female wraith who causes what is now known as sleep paralysis.
Their sinister arrangement of black and death metal is influenced by their European counterparts while maintaining distinctly, unapologetic American style. The band draws inspiration from greats like Opeth, Behemoth, and Bloodbath, while crafting their own symphonic elements. Martriden are known for writing soaring tracks courtesy of Shane Howard writing thick guitar riffs paired with his brother Kyle’s keyboard and acid gargling vocals. Will Thackeray wraps up each song tightly around his dark guitar riffs for the perfect balance of melody and heaviness. Shane currently records and engineers albums in his Sawn and Quartered Studio and does recording collaborations with Dave Otero at Denver’s Flatline Audio Studios.  He has been involved in the recordings of Wayfarer, Satan’s Host, Khemmis, and the last two Cattle Decapitation recordings.
Following successful US tour dates with the mighty EMPEROR, as well as the release of their 2010 ‘Encounter The Monolith’, 2007’s ‘The Unsettling Dark’ via Candlelight Records and 2006’s self-titled EP via SOAR, the band has released their most anticipated album to date: “Cold And The Silence” on November 28th, 2015. Their release is a seven track, full-length album, which compromises nothing in terms of production and depth of story. The album deals with life in general with each song telling a story and themes about the insignificance of human life compared to the vast entirety of the universe.
For more info, please visit http://www.martridenrocks.com.
Previous article
WILSON, Reigning Days, Crimson Star, Southfall @Slade Rooms, Wolverhampton 23/2/16
Next article
The Sound Of Summer?