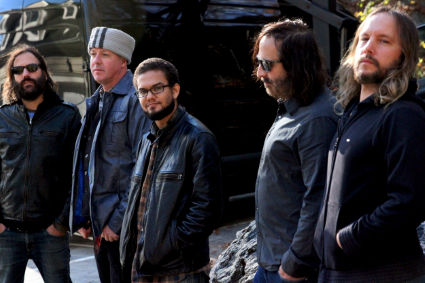 Yob and Pentagram love them, so should you

KINGS DESTROY is the name of an infamous graffiti gang from the Bronx circa late ‘70s/early ‘80s. The band members met in this vicinity and were heavily involved in the New York Hardcore scene of the late ‘80s that merged hardcore music, metal, graffiti and hip hop…all distinct forms united in the underground. The band unites musicians from many of the genres’ most prolific bands. Hailing from the Greenpoint section of Brooklyn, KINGS DESTROY features guitarists Carl Porcaro and Chris Skowronski from legendary, 100K album selling Killing Time, vocalist Steve Murphy from Uppercut, drummer Rob Sefcik formerly of The Begotten, Uppercut, Fur and Electric Frankenstein, and bassist Aaron Bumpus.