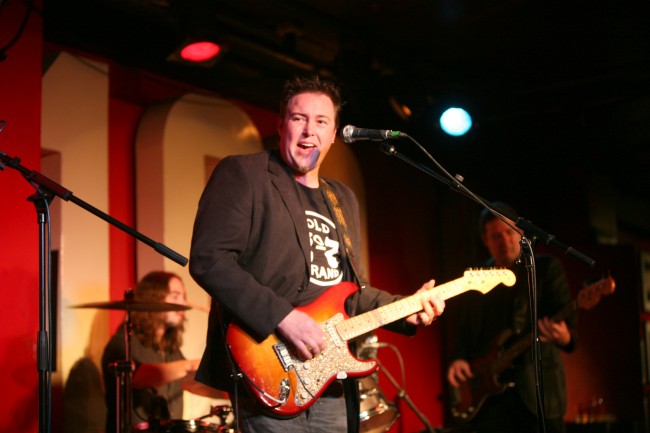 The Billy Walton Band is said to be one of the finest Blues-Rock acts from the United States,
and now their new album, Wish For What You Want, is released on Vizztone Records.
Ex-Southside Johnny guitarist Billy Walton is a master of his craft, recognised by Roger Mayer, the British technical guru who worked with Jimmy Page, Jeff Beck, and Jimi Hendrix. Roger, who built a guitar for Billy, calls Billy “a star in the making”. The Billy Walton Band is known for its unique blend of Rock-Blues-Soul and top grade
showmanship and spontaneity when playing live.
The band recorded new album ‘Wish For What You Want’, released on 27 January on Vizztone Records, with the participation of Southside Johnny (harmonica) and,Mike Finnigan (organ; Taj Mahal/Etta James) and the celebrated ,production talents of Tony Braunagel (Eric Burdon/Robert Cray Band/Bonnie Raitt).
Since the age of 15, Walton has been well known in the Jersey Shore music scene.
In 2010, Billy was invited to join the legendary group Southside Johnny and the Asbury Jukes. This lasted two years and increased Billy’s visibility substantially. Whether it was recording with Little Steven or jamming with Jon Bon Jovi, Billy took it all it in! The Billy Walton Band has played countless gigs in both the United States
and Europe and Billy has sat in with numerous rock luminaries including Springsteen, Gary U.S. Bonds, and Stevie Ray Vaughan’s backing band, Double Trouble.
Together with bassist William Paris, Sean Marks on sax, Ian Gray on trombone, anddrummer Johnny D’Angelo, the Billy Walton Band has deep roots in both the Blues Rock musical tradition as well as the Jersey shore. The Billy Walton Band’s sound is a combination of hard, funky Blues reminiscent of Hendrix, Clapton and Vaughan,
mixed with a healthy dose of the sounds of Asbury Park.
The band regularly play in the UK and Europe and return in April and June 2015.
Official website:
www.billywaltonband.com