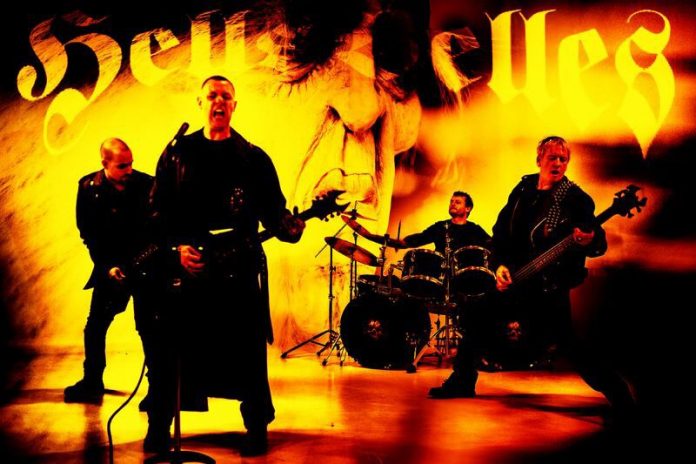 Manchester metal band, formed from the ashes of Discharge, are our featured band this week

Singer Paul Quigley formed the HellsBelles in 2004 from the ashes of the original Hell’s Bells, which in turn came into being when Thrash Pioneers Discharge bit the dust some 30 years ago. However now the Manchester metallers have embraced social media perhaps more than many groups and have long had one of the most prominent presences in metal, an approach that led them to be described as a “mass revolution” in Kerrang Magazine.

All we can say is that is excellent, whatever it is. For all their news just head to their Twitter page.

The band have some acoustic sessions up on their Reverberation Page including this cracker.

Learn how to place music on itunes at ReverbNation.com