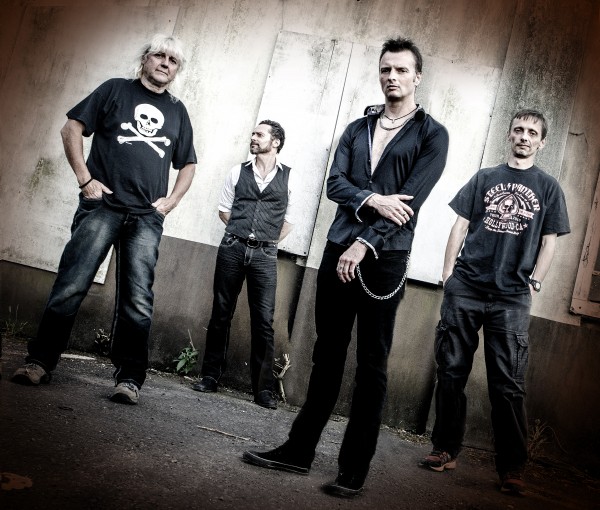 Black Whiskey is a genuine blues-infused rock band, with a vibrant and exciting sound that undoubtedly wears its’ influences on its’ sleeve. As such, Zeppelin, Free, UFO, Thin Lizzy and Scorpions references are valid. Black Whiskey aren’t trying to do something essentially different but they deliver modern and honest quality rock songs, performed with style and an enviable passion for the genre.

The dramatic album cover art was compiled by guitarist Kev Ingles and the incredible train centrepiece is reproduced by kind permission of fantasy artist Steve Stone who has worked on behalf of a variety of clients from Iron Maiden (Brave New World) to author Stephen King to Fox TV’s The Walking Dead.

The song “All Seeing Eye” is available now to download as a free mp3 from Soundcloud www.soundcloud.com/rocksector