Gooding is the name and top quality modern alt.rock is the game. 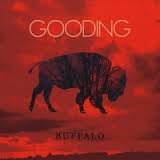 Sometimes bands get recognition and coverage before they’ve even played a note. Others can spend half a lifetime trying to get some sort of recognition. LA’s Gooding would sympathise with the bands and artists in the latter category. Years of fixing broken down vans on the way to and from club shows across the country has hardened these sturdy souls. Buffalo marks their third foray into the full album market and now it seems after long last they may be getting somewhere fast.

“Crash” is an up-tempo riffy little rocker that kicks off the album in fine style. “100 Miles” continues in a similar vein with a snappy beat and infectious rhythm that will no doubt excel in the live environment. The band definitely tread the lighter side of rock but have a touch of grit and steel in their music that keep them the right side of sentimentality. The radio stations like BBC Radio One and the various other music outlets should be all over this band like a rash. They definitely have a mass appeal without being commercial for the sake of it.

“Hey, Hey” bears striking similarities in the verse to a classic Queens Of The Stone Age, the chorus is ready made for hordes of trendy young hipsters to belt out out in a field somewhere akin to Glastonbury. There is progression from their previous two releases as they look to further define their sound

Tracks like “Still Want You” offer a White Stripes-like groove whilst the balladeering aspect of the band is covered by tracks like “Stop” and “Dark Horses” which are one-paced slow tempo numbers in the classic vein . It’s not on tracks like these that the band really shine but if you must include lighter-in-the-air moments then it’s just as good as the competition.

The album’s standout track is the riff-tastic glory stomp of “Send You Packing”. It’s a short, snappy and sassy track that highlights the potential of the band to become genuine Arena fillers and regular chart botherers. Music made to be blasted out of open-topped car stereo’s along the Los Angeles highways. Perfect summer music you might say.

In summary then this album isn’t going to change your life, it won’t introduce you to anything new technical advancements or inventions and you may even feel it’s a band playing well inside their comfort zone but, that said, it’s good, honest indie rock n’ roll and it might just make your life a little bit better for a while. Isn’t that what good rock n’ roll is supposed to do?

The album is being re-released on 11th May in the UK so put the date in your diary.