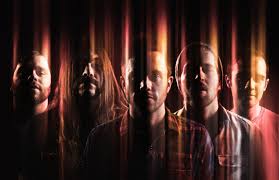 As the band get set to release their new album in July, now seems like a great time to acquaint yourself with the modern Prog Metal Masters

Between the Buried and Me began their journey in the year 2000 in North Carolina. Over the past 15 years, they have released seven full-length albums, an EP, a live album, a covers album, and a blu-ray/DVD.

Additionally, the band’s first-ever Blu-ray release, Future Sequence: Live at the Fidelitorium debuted at #2 on the Billboard Top Music Video Charts, impressively ahead of video releases from progressive legends Dream Theater and YES. Consistency and growth in an epoch of shrinking music sales is indicative of the supreme impact the band has had across the heavy and progressive music landscapes.