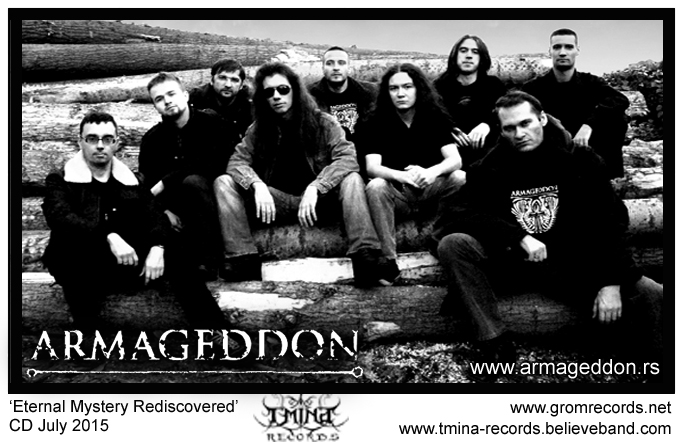 Sympho metal pioneers have just re-released their debut. An ideal time then, to make them a featured band

ARMAGEDDON is a band from Novi Sad and are among the veterans of the local Heavy Metal scene in Serbia. The band was formed in 1987, and it is the creation of the solo artist Djordje Letich, who is also active in other bands on the scene, with the band Tornado being the most significant among them. ARMAGEDDON has existed for many years as a one-man band, while Djordje Letich, in the manner of true virtuoso, was combining elements of Heavy Metal sound with other similar and not so similar musical streams, examining the possibilities of complex styles and incorporating them together.
In its long history, until recently, ARMAGEDDON never set foot on the concert stage! Their performance at Exit 2012 was the exclusive live appearance of the band. Later, in December 2012, the band held its “Doomsday Concert” which live recordings are the backbone for this new, currently issued album.
ARMAGEDDON members now consist of  – singers: Milos Krsmanovic – lead vocal, Vanda Marijanski – mecosopran, Marko Skendzic – tenor, Zeljko Andric – bass-bariton, Vladimir Zorijan– bass; musicians: DjordjeLetic – electric and acoustic guitars, keyboards, backing vocals and narrator, Zoran Drazic – electric and acoustic guitars, NebojsaBjeletic – bass guitar, Milos Marceta – keyboards, Tara Kerac – drums, growl vocals.