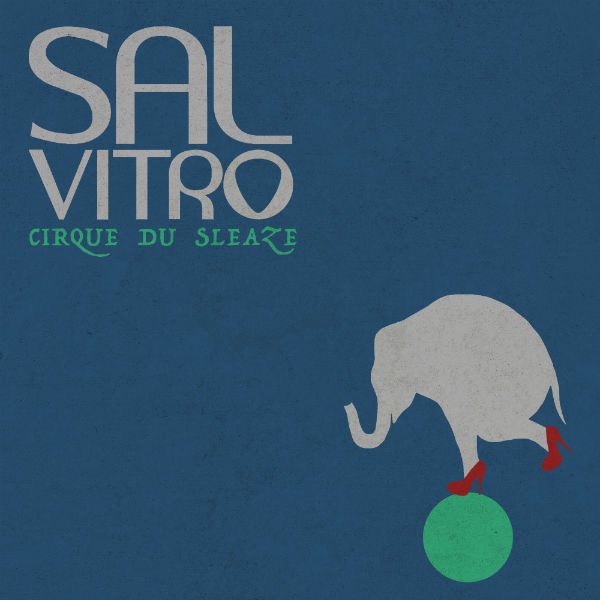 The road from The Emerald Isle to the UK to search for a big break has been going on almost as long as people have been plugging guitars in and playing rock n roll. Even Thin Lizzy had to do it once upon a time.

The latest of the wide-eyed hopefuls to arrive with suitcases, guitars, a bagful of songs and a dream are Sal Vitro. They’ve done pretty well at home, opening for the aforementioned Lizzy and playing with Status Quo in front of thousands. Now they are ready to prove themselves.

Their opening salvo is this, their debut record “Cirque du Sleaze.” It’s at once familiar, largely because it ploughs essentially the same furrow as the Rival Sons did back when they were any good, with “Pressure And Time” and the Temperance Movement did much better than the overrated LA band with their wonderful debut last year.

At its absolute best – the knockout glammed-up stomper of “Getting Older Casanova” – Sal Vitro give a hint that they could be as good as their contemporaries, and there is a lot to like about the 11 tracks that “….Sleaze” offers. It opens with the fuzzed up “Strange Friends And Peculiar Enemies” which drips with retro intent, and in common with much of the record, proves the boys can write a chorus and a hook.

The single, “It’s Not Love” has this in abundance, as well as some fine slide guitar, while the “The Doomed Romance of Tricky Tessa and Juicin’ Jeremiah” might have an unwieldy title, but it’s supremely funky and – dare we say – sassy to boot.

This big top manages to stop at various styles, “Line ‘Em Track” is a very decent stab at blues and its companion piece “Swear By Your Love” cuts loose and gets into the Bar room for a good old boogie. It’s not scared of vitriol either, as “The Party Hard Smoker” demonstrates, before including a “whoa-whoa” section just because it can.

The album tries a couple of ballads – ending with one in the shape of the title track – and to be fair, although they don’t work quite as well as the heads down rock n roll elsewhere, they are classily done.

When it lets it’s hair down “Cirque du Sleaze” is full of tricks. It’s not groundbreaking and you couldn’t call  original, but it’s good fun and the bright lights beckon for sure.