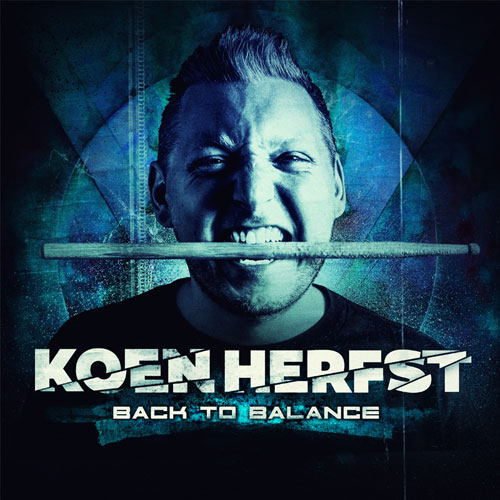 He’s happy working with DJ’s or Dew Scented. Meet The Dutch drummer about to release his first solo record.

Hailed as one of the best drummers from Holland, Koen Herfst has been working with such diverse artists as DJ Armin Van Buuren, Epica, After Forever and Dew-Scented during the last 15 years.

His versatile and powerful style is widely praised by peers and members of the press, just recently readers of Dutch drum magazine ‘Slagwerkkrant’ voted him as number one rock and metal drummer from Benelux. You can tell, from listening to Herfst’s debut solo album “Back to Balance” that his influences are wide and varied and the drummer can easily hit the drums with metallic fury as come up with some groovy rhythms that listeners can almost dance to.