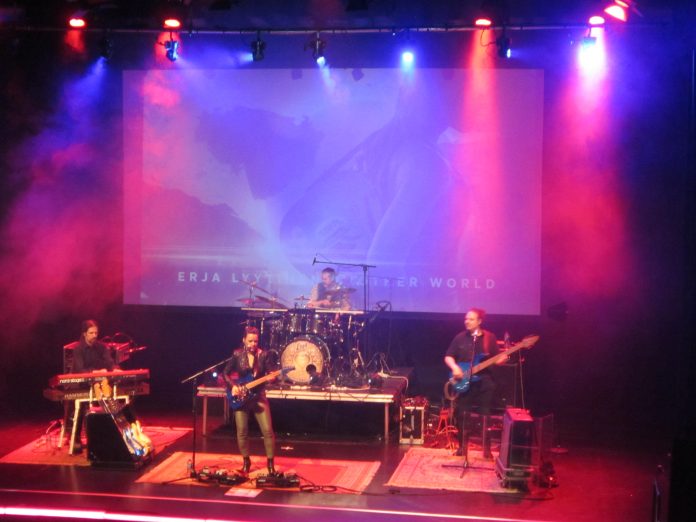 Bluesman Mike Francis. The name conjures up all kinds of images. The sort of name, perhaps of a chap that was at the crossroads watching with Robert Johnson when it all went down. But, whilst he’s played with everybody over his 42 years in the business, the truth of the name is another guy called Mike Francis died and took the bluesman’s Google rankings. If that is the modern world writ large, then the acoustic blues sounds here at least take us away from the 21st century up to a point. “Five More Wishes” is a clever opener, Francis playing as a one man band, with a kick drum and some fine loop work. “Leadbelly Blues” is his take on “House Of New Orleans”, and a new track “Devil’s Waiting Room” all exemplify his skills. Most striking of all, perhaps, is a blues cover of Depeche Mode’s “Dawning Of Our Love”. That in itself is not a phrase I expected to write tonight, much less that it worked excellently. A short set is ended with “Blinded By The Bistro”, a track from his latest EP, and it is an entertaining, expertly played slice of blues from a man clearly steeped in – and enthralled by – the music. 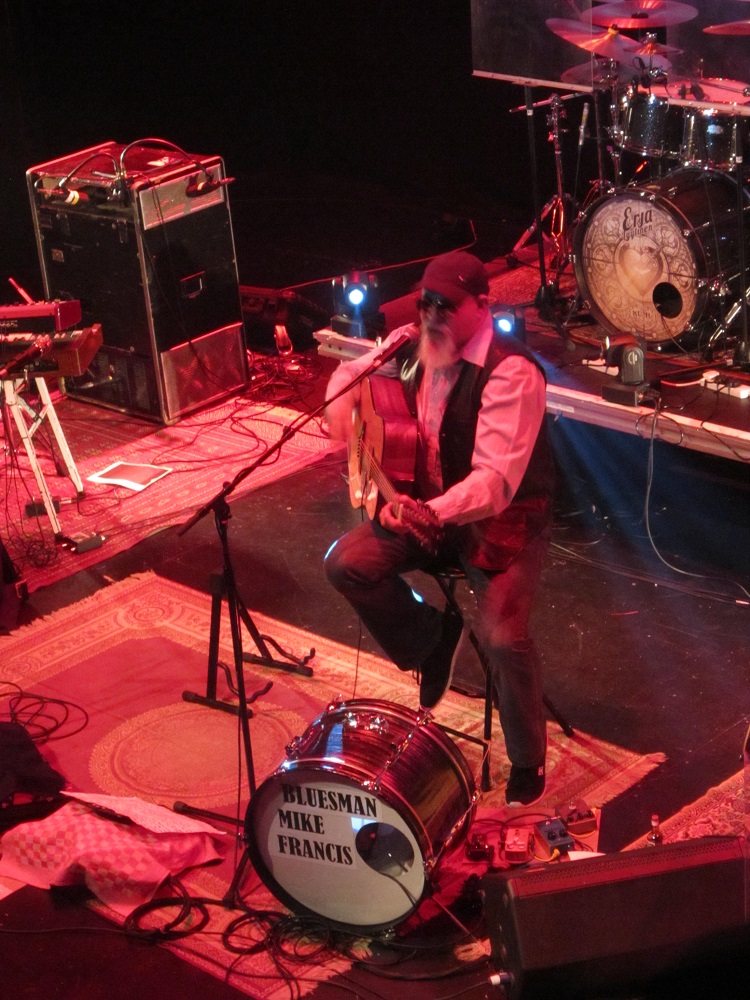 Erja Lyytinen might start her show tonight with a pair of songs from her “Stolen Hearts” record from a couple of years back, but the massive projection behind her explains that this isn’t about the past. “Another World” it says in huge letters, and that is not only the title of her new record, but maybe where she wants to head too.

The “….World” album is out next month but forms the backbone of the set already. Five songs are played from it. Whether they are the hard rock stylings of the Deep Purple-ish “Hard As Stone” or the real blues epic of “Snake In The Grass”, then make no mistake about it, this is going to be a mighty fine record.

Best of the lot, even at this stage, is the title track. As expansive as the title suggests, it is certain to become a real favourite as things go, while “Cherry Overdrive” is a funky thing, and “Wedding Day” has a classic shuffling feel.

Erja Lyytinen can play the guitar incredibly, that’s clear right from the kick off of “Lover’s Novels” to the end of the gospel cover “People Get Ready” and she is clearly delighted to be on stage. Her smile lights up this room as it would any, but there is – and this needs to be said –something a lack of atmosphere tonight.

“Erja’s Delta Mix” is something of rare skill, and the whole band clearly is one of incredible ability, the drum solo in “Rocking Chair” and the bass solo in the encore are better than most, but however hard the band work – and they really, really do – there is something imperceptible that just isn’t there. The sit-down nature of the gig makes it feel more like a recital than a concert, and there is a quiet, a hush almost, like this was a library rather than a rock n roll gig on Saturday night.

In a sweat soaked club, this would have been brilliant. But that is another world, as the title says. In the real one a mighty blues band played its heart out and that had to be enough here.