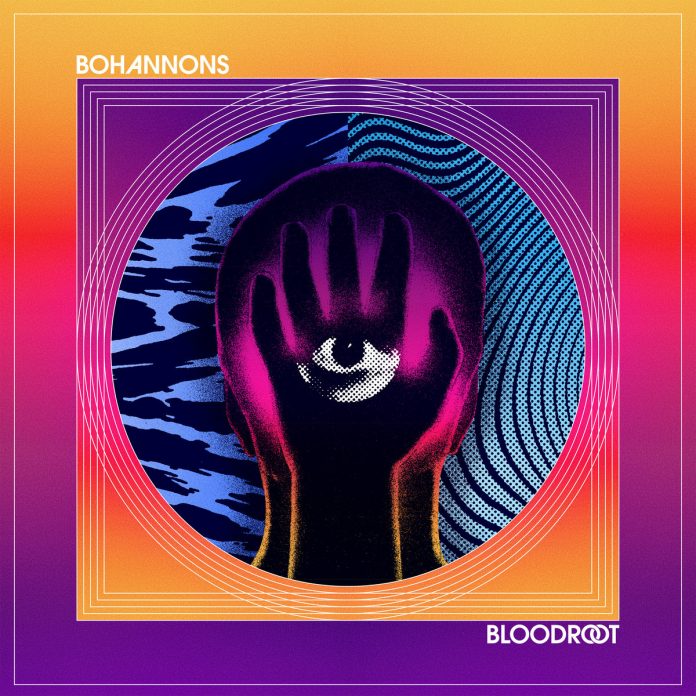 Ever since I saw ZZ Top on TV in the early 80s, I have listened to a lot of what is termed “Southern Rock”. From Dan Baird, Kentucky Headhunters, Skynyrd, of course, Jason And The Scorchers, to the modern arena fillers, Cadillac Three, Blackberry Smoke and Black Stone Cherry.

Most of them – with the honourable exception of Drive By Truckers (who’s Matt Patton produces this) – have given me a romantic view of what it means to be born south of the Mason-Dixon line. As an Englishman, everyone down there seems to be a good ol’ boy, never meaning no harm, with a homemade apple pie cooling on the window.

At the other end of the spectrum, but the same end of the country. Marty And Matt Bohannon hail from Chattanooga in Tennessee, but their tales have always focused on the darker side of life.

“Bloodroot” is actually a little different. Only in that its more screeching and even more bleak than usual.

There are parts of this half an hour that are – both musically and lyrically – very heavy indeed. “Sleep Rock” actually kicks off with a mighty riff and lyrics that castigate those who “slept” in Marty’s words, through the 2016 election.

Interestingly, though (albeit, in fairness, everything about The Bohannons music is interesting) the way they deliver this and the other songs, leaves it all open to question.

A little like the work of Craig Finn and The Hold Steady, The Bohannons focus on the individual to tell a universal story. “Girl In Chicago” – a real highlight – is ostensibly a story about a woman who longs for her homeland, but it is so much more. “Methamphetamine cookers get the hell out, you’re one with devil, you’re shaming the south” screams the lyric at one point, and truly, it isn’t too much to call this punk rock.

There is a real psychedelic flourish about “Hungover Hills, while “Refills” hides its nightmarish lament on the evils of prescription drugs over a mid-paced rocker that Jason Isbell might be proud to call his own.

“My Dark Roots” has a real stomping feel, but more than that encapsulates the whole vibe of the album, given that it is rooted in the place that they call home. And special mention here too, for the truly fabulous guitar on this in particular, but the album as a whole.

The bleakness of the record is genuine too, given there is a raft of issues surrounding the making of it. There is an inbuilt stoicism about the pair and that shines through on the gritted teeth nature of “The Howler”.

These boys can always find an angle. “Twister Sister” is a prime example. Siblings who survive a tornado is the perfect subject matter here, and the feel that each one of the nine songs here could be the plot of a drama is all over “Cold Case”, this one is based on a true – terrible, harrowing – story, but in these hands it’s done a real justice. The howl of the guitar matches the maelstrom of the lyrics.

It ends with some calm – musically at least – but “Nice And Slow” as its roots in a heartbreak. And in doing so, sums “Bloodroot” up perfectly. This isn’t easy listening. It isn’t supposed to be. It deals with the everyday, and the everyday is tough. You get through it though, if you are lucky. And if you are talented like The Bohannons, you get a brilliant record out of the misery.