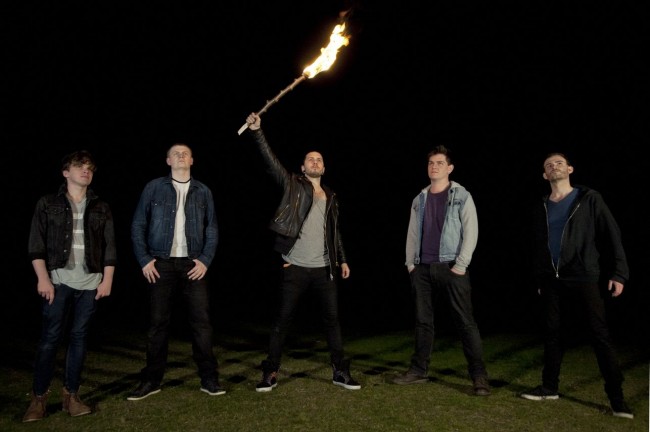 Emerging Brit alt-rock crew ‘Elements’ have nationally released their new video single ‘Shaman’, taken from their forthcoming EP ‘Where We Once Begun’, which is out on Monday 17th August. You can view the video right now

Coming at you with a groove likened to early Biffy Clyro, blended with the rock sensibilities of YouMeAtSix and Paramore, and the invention of Don Broco, Elements are primed to burst out to the nation, and these lively South Coast rocksters have the perfect bait in the shape of their new EP and single, out this Summer.

Formed in late 2013 and coming at you from Southampton, Elements are comprised of Graham Rogers (Lead Vocals), Ollie Butler (Guitar and Backing Vocals), Robin Small (Guitar), Max Bakker (Bass and Backing Vocals) and Ash
Martin (Drums). Gathering steam, the dynamic five-some soon embarked on a series of compelling live shows supporting such artists as Bad Rabbits, The Afterparty, DEAD!, Ashes To Angels, The Hype Theory and Public Service Broadcasting, to name a few.