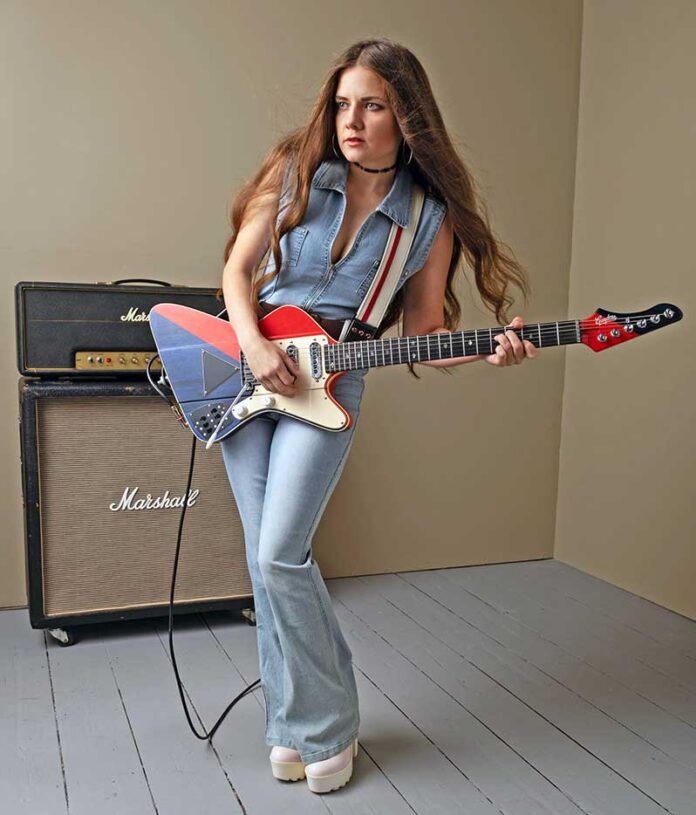 The album is available to pre-order HERE.

The new album is a sentiment of love and an ode to her personal 1973 Volkswagen Bay Window Bus that Arielle lovingly refers to as Magick, and a celebration of its 50 years of existence.

Mixing classic rock, the songwriting of the sixties, wanderlust, and plenty of The Who inspired guitar, Arielle’s new studio album is set to stun.

The first single and title track ‘73, released Thursday 19 January 2023, is available to stream and download HERE

The news follows Arielle’s special guest appearance on When Rivers Meet’s April and May 2023 UK tour. Tickets are available from https://imarielle.com/tour.

The album features her brand-new BMG Arielle in cherry red; manufactured by Brian May Guitars. The first quantity of the BMG Arielle guitars sold out in 90 minutes. Due to popular demand, for the very first time, the BMG Arielle will be available in limited edition solid cherry red colour.

“To understand why this guitar was irresistible to me, you need to hold her in your hands,” says Arielle. “The guitar is light, and smooth and agile. The BMG Arielle sings like a bird.”

“Arielle’s guitar playing reaches places I never knew existed,” says Brian May. “I believe this guitar will do the same.”

Arielle is a young woman born in a different generation. As a child of the new millennium, Arielle has often faced depression, versus the music boom and creativity that emerged in the 1960s and the 1970s – a time where things were done by hand, with a level of craft that could not be hidden behind technology.