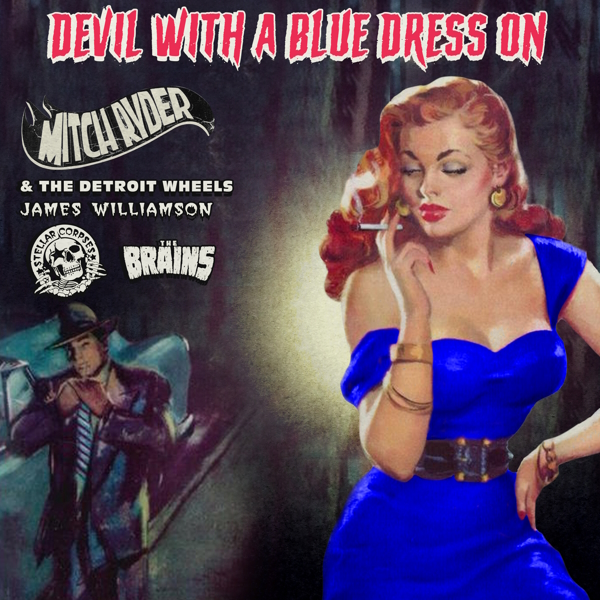 Since its release in 1964, Mitch Ryder’s “Devil With A Blue Dress On” has become an American rock soul classic, the kind of song that spans generations of music fans and possess that rare power to unite people of all ages, creeds and background in the desire to get up and dance! Back in 2019, Mitch recut a new version of the song along with fellow Detroit alumni James Williamson, who declared at the time, “I love Mitch Ryder and I love ‘Devil With A Blue Dress On.’ Always one of my favorite songs. I had fun playing on the track. The finished version with Mitch sounds really current. Wow…just killer!”

Now, that same track is getting an entirely new sonic makeover courtesy of two punkabilly bands known for taking the hits of yesteryear and transforming them into smokin’ hot slabs of high energy aural assaults! Just like their work on tracks by The Platters, Lloyd Price, Robert Gordon with Linda Gail Lewis, Sonny Burgess and others, The Brains retain the heart of Ryder’s “Devil With A Blue Dress On” including his soulful vocals but brings a whole new twist to the song that you’ll have to hear to believe!

And be sure to check out the recut video for the song directed by in-demand video director Vicente Cordero of Industrialism Films!

Previous article
ROPED IN
Next article
ARTIST OF THE DAY: PETER CASE