ARTIST OF THE DAY: PETER CASE 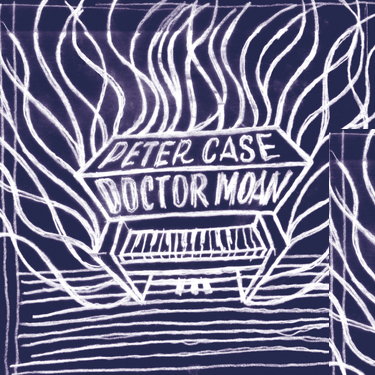 “I try to take things I love and use them in a new way,” said triple Grammy-nominated singer-songwriter Peter Case of his 16th solo album Doctor Moan. Case brings his considerable songwriting ability to an 11-song collection, largely performed on piano, including his first solo recorded instrumental. Released by Sunset Blvd Records on March 31, Case’s piano-based songs are emotionally, sonically and stylistically rich.

“I grew up on 1950s and ‘60s rock & roll, jazz, classical and folk,” said Case. He has memories of an older sister’s rock ‘n’ roll piano playing reverberating through his childhood home.

“I learned how to play blues as a kid, street singing in San Francisco and then was part of the punk rock movement. It’s all still in there; it’s my musical DNA.”

As a lifelong touring artist, Case, like so many others during the pandemic, found himself with a wide open schedule. The piano in his living room beckoned him to play it until the songs began to reveal themselves.  “It was great to be able to write and complete an album without interruption,” he explained. “I didn’t have to jump up in the middle of things and go off on the road. I can’t remember another example of when I’ve been able to just complete a whole record like that.”  The album was recorded and mixed by Ryan McCaffrey at The Sun Machine in Novato, California. The studio’s centerpiece for Case was its restored 1905 Steinway piano.

The cinematic and evocative opener, “Have You Ever Been in Trouble” featuring Case, Flaugher and Joyner, sets the tone for the album. “Downtown Nowhere’s Blues” is a lyrical snapshot driven by the percussive left-hand piano heard throughout Doctor Moan: The album summons the auras of Jimmy Yancey and Mose Allison without sounding like either.

“That Gang of Mine” is flecked with lurking organ, while “Ancient Sunrise” paints sepia-toned pictures of a life unbound. The album’s sole guitar-based track, “Wandering Days,” is one of Case’s signature abstract narratives, while “Eyes of Love,” echoes the soul and spirit of gospel music.

“My recent albums are designed to take you on a musical journey,” said Case. His 2021 album, The Midnight Broadcast, was inspired by a late night car ride, “Looking at the headlights while this incredible radio show played in the dark.”

Case grew up in Hamburg, New York in a house filled with music: Elvis, the Everly Brothers, Ray Charles and, later, Joan Baez and Bob Dylan. He wrote his first song at age eleven and by 16 he left home to begin his voyage of musical discovery, an odyssey chronicled in the 2022 documentary feature film, A Million Miles Away.

As a founding member of the early punk era trio The Nerves, in 1977 Case toured the nation sharing bills with the Ramones, Mink DeVille, Pere Ubu, and Devo. The Nerves seven-inch single “Hanging on the Telephone,” was covered by Blondie.  In 1979, Case formed the Plimsouls, a record-breaking live act in California, recording albums for Planet/Elektra and Geffen. Their independent single, “A Million Miles Away,” entered the Billboard charts and remains a garage rock standard, performed by bands around the world. The band performed in the cult classic film Valley Girl and the Nerves and Plimsouls timeless teenage rock ‘n’ roll continues to appeal to fans of each new generation.

As he disbanded the Plimsouls, Case rediscovered his musical roots on his self-titled solo debut, produced by T Bone Burnett. The New York Times declared Peter Case the best album of 1986. It earned a five-star Rolling Stone review and a Grammy nomination. As one of the first songwriters of his generation to turn from rock music toward an acoustic sound, Case also helped usher in what became known as Americana music.

Since moving back to San Francisco, Case began attending the St. John Coltrane African Orthodox Church, dedicated to the music of Coltrane and racial, social, and economic justice.

“The hours spent playing there with the ensemble greatly increased my strength as a piano player,” he said.

“These times are more difficult than ever,” said Case. “I make music for the purpose of providing warmth and companionship in a difficult world.”

Doctor Moan is the acclaimed musician’s first album of original songs in 7 years; first single Downtown Nowhere’s Blues out January 24 on all DSPs.  Listen to the track here