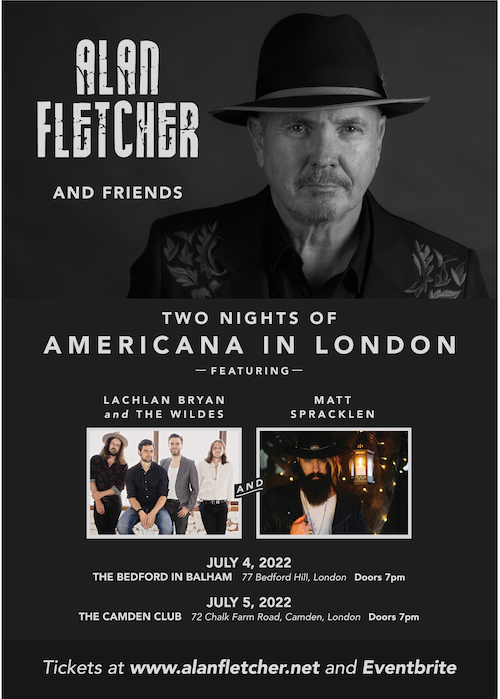 Following the announcement of his debut solo album Dispatches, due for release later in the year, Australian singer-songwriter and actor Alan Fletcher has announced two intimate shows in London this July – with limited tickets on sale now:

“I am incredibly proud of my recent work in the Alt-Country/ Americana genre and I can’t wait to showcase the music in London,” shared Alan.” I have the best in biz supporting me as well.”

Joining Fletcher for both nights will be Australian Alt-Country legends Lachlan Bryan and the Wildes and London radio presenter and musician Matt Spracklen.

The first single to be released from Dispatches, a duet with Alan’s Neighbours co-star Alyce Platt, was released last month. ‘Sorry Is The Word‘ was written by Fletcher and produced by the dream team of Lachlan Bryan and Damien Cafarella, and the release has already been covered by the Evening Standard, Sky News, the Daily Star and Digital Spy among others.

The follow-up track, ‘Meet Me on the Steps of the Bombed Out Church’ – Alan Fletcher’s take on a favourite song originally recorded by Liverpool folk artist Silent Sleep – will be released on May 27th.