Dollyrots Do It Strange 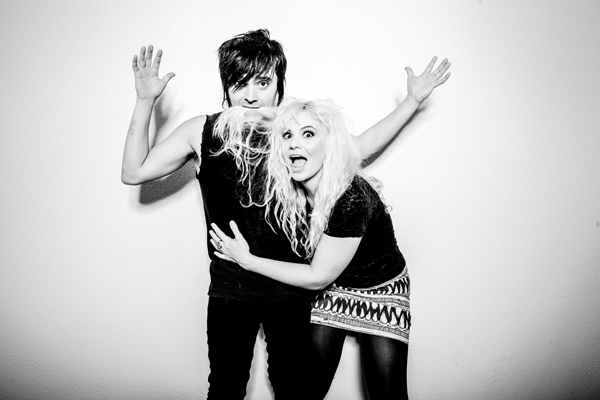 Come Get Weird with me honey…..

2016 has been a brilliant year so far for California’s walking rays of pop punk sunshine The Dollyrots, and that is set to continue with the release of their first ever two disc live DVD & live album Family Vacation: Live In Los Angeles. Family Vacation is being released worldwide on the 11th of March 2016 but The Dollyrots have decided to give everyone a taste of the action a few days early by releasing a clip of one of the songs performed on the Family Vacation DVD.

So, if you’ve never had the pleasure of seeing The Dollyrots live in the flesh, or if you have and simply want to relive the fun, then please enjoy the video of Get Weird from Family Vacation!

Like what you see here? Then Family Vacation can be pre-ordered through the band’s Bandcamp page on the following link – Pre-order On Bandcamp.

“There are a lot of fans who might never get out to a Dollyrots show in the flesh, so we did our best to bring the experience to them. The only things missing are the ringing ears and sweaty hugs…but other than that I think we nailed it!” – Kelly Ogden, Vocals/Bass

The release of Family Vacation follows on from The Dollyrots brand new studio E.PMama’s Gonna Knock You Out which has been going down a storm with fans since it’s release on the 29th of January 2016. Add to that playing across the UK to sold out audiences virtually every night throughout February with Bowling For Soup, and it’s easy to see why 2016 is shaping up to be one of the best yet for The Dollyrots!

Previous article
Safe To Swim
Next article
A Zoax Call