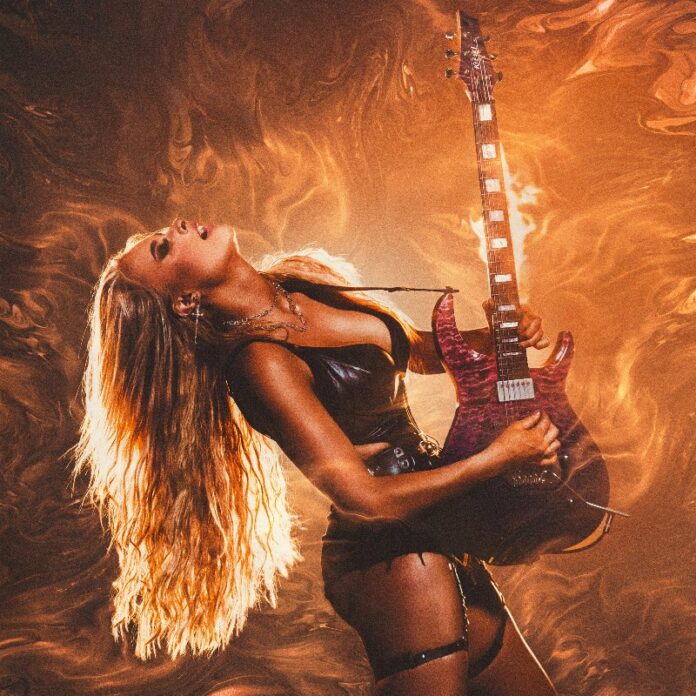 “The response to ‘Do Or Die’ has been amazing, and I love seeing people react to the song,” says Sophie on the reaction so far. “It’s so cool seeing guitarists cover the solos and videos of people having it on in their cars and stuff. It’s so awesome to see all the positive comments and it just makes me so much more excited to release the rest of the songs.”

On the video and working with Lula, Sophie says:
“Working with Lula was amazing, she is such a talented performer, and takes her craft so seriously and is so dedicated. We’ve become such great friends and I’m so excited to see what she’s doing next.”

‘Do Or Die (Ft. Nathan James)’ sees the shred extraordinaire team up with INGLORIOUS frontman NATHAN JAMES for a high octane, hard rocking collaboration, with music written by Sophie, vocals and lyrics by Nathan and a stunning production from famed studio wizard ROMESH DODANGODA (BMTH, Nova Twins, BFMV, Motörhead), who will produce the debut album.

Entitled Imposter Syndrome, the full length album is expected next year on Sophie’s own Autumn Records, and will see her collaborating with some impressive names from the world of rock.

“I can finally say that I have new music coming!” says Sophie. “All my music before was instrumental, so this is a very special release for me as it includes vocals, and some of the people we’ve worked with are people I used to have as posters on my wall as a kid, so it feels very full circle. It’s something that I have been working on before the first lockdown, and to be here talking about it feels amazing!”

Sophie Lloyd is one of the most prolific guitarists on the world wide web, a trailblazer who is redefining the concept of a “bedroom” guitarist. A talented composer and accomplished musician, Sophie graduated from the prestigious BIMM in 2018 with a First Class Honours BMus in Popular Music Performance, honing and refining a talent she has nurtured since childhood.

Since then, she has amassed the kind of following that even the guitar gods she grew up idolising would be envious of, with a reach surpassing 3M followers across her social channels, built through a steady stream of sharing her talent via guitar “shredleys”, covers and her own original material.

Most recently, Sophie could be seen shredding on stage as guitarist for multi-platinum recording artist MACHINE GUN KELLY on his recent Mainstream Sellout World Tour, which included sold out shows at
legendary venues such Madison Square Garden in New York and Wembley
Arena in London.

At 27 years old, Sophie Lloyd is just getting started, with work on her debut solo album in progress and a few other items to tick off her bucket list.