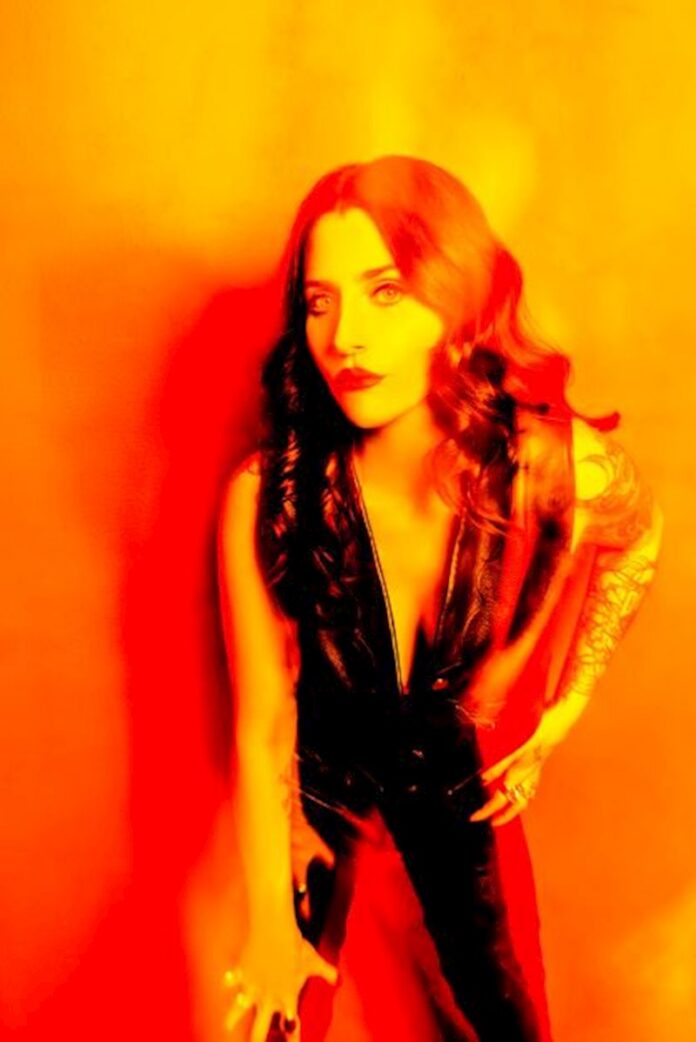 Check out the video here: https://www.youtube.com/watch?v=7ppX1FQAh8k

Opening up about the central subject matter of her debut record with Motive Black, front woman Elana Justin says “‘Auburn’ is a song that means a lot to me. It means so much that I was almost hesitant to put it out. I lost my sister to her battle with addiction. She was one of the smartest women I will ever know. She was a straight-A student who aspired to be a doctor. Addiction does not discriminate. I am angry that she will never realize her dreams. This song is about loss, struggle, rage, but mostly it’s about missing my sister and all of her potential. I will never laugh with anyone like I did with Mia. We need to end the stigma associated with addiction. People are meant to be loved, not judged. I miss Mia every day, and I will for my whole life.”

The upcoming album is titled Auburn, which Justin says “is named for my sister’s beautiful auburn-colored hair. Losing her forced me to reexamine my life and make significant changes. I went through a huge transitional period which included both ugly and beautiful experiences. The album is a wild ride through that journey of anger, mania, deep love, and self discovery.“

In addition to the vocal prowess of vocalist Elana Justin, the album features Nick Rowe on guitar, bass and co-songwriting credits; drummer Ray Luzier (Korn) on six tracks; guitarist Marcos Curiel (P.O.D.) on the first single “Broken”; and “special guest” Carla Harvey of Butcher Babies on the song “Lift Me Up”. Harvey also co-starred in the video for that track and says: “I love collaborating with strong women on projects so when I was asked to add my vocals to “Lift Me Up”, I happily obliged. The result…an infectious tune, a new found friendship…!“

Previous article
DO IT, SOPHIE
Next article
HANDS DOWN, IT’S LANSDOWNE