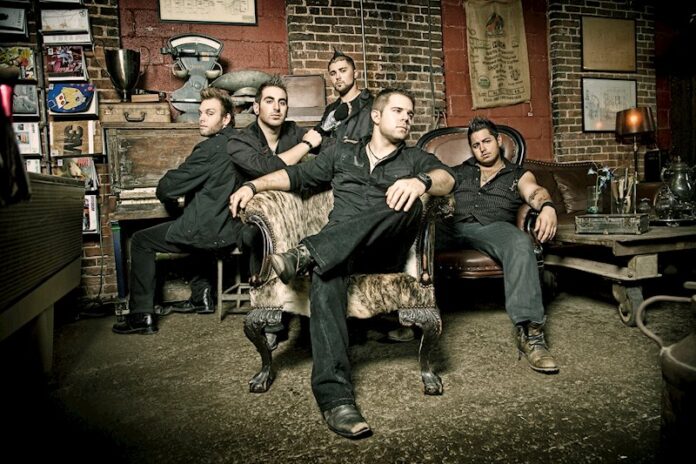 Check out the video here: https://www.youtube.com/watch?v=H2MEFg3LZyI

Boston-based hard rock act, LANSDOWNE, has announced the release details of their upcoming, hotly anticipated studio album. Medicine will be coming out on February 3rd through AFM Records and is already poised to top Album of the Year lists to reign as one of the best rock records in 2023!

Following previously-released singles, “Burn Brighter” and the album title track, today, LANSDOWNE have shared a music video for their new single “Halo”! Says the band:
“Halo is about letting someone go, whether it’s the end of a relationship or a life, the song is a devastating look inside how we process loss. The hurt, anger, confusion, all the questions we’ve asked that are left unanswered and all the questions we have that we’ll never get the chance to ask. But it’s also a memorial to the impact that people that we’ve lost have had on our lives. They may be physically gone but they never truly leave us.
Halo is a devastating look inside of the reality of loss and learning how to come to terms with the aftermath.
We have all lost people. Some of us are in the middle of losing people right now and going through that process can be unbearable. Halo is about that full range of emotions, from anger to despair, confusion, and acceptance. It’s about knowing that the people that we love never really leave us.”

Ever since they took the hard rock world by storm, LANSDOWNE built their name the old-fashioned way – on the road; having performed countless shows internationally, including a 2007 tour for the troops across Kyrgyzstan, Afghanistan, and Kuwait, as well as sharing the stage with rock heavyweights such as Theory of a Deadman, Puddle of Mudd, Creed, Black Stone Cherry, Pop Evil, and more.

In their 15+ years as a band, they have achieved two billboard charting radio singles, over 100 million streams and views, and have licensed songs to major brands such as iRobot, the NFL, MTV, and more. Comprised of Jon Ricci (Vocals), Shaun Lichtenstein (Lead Guitar / Vocals), Glenn Mungo (Drums), Josh Waterman (Guitar / Vocals), and Mike LaRoche (Bass), LANSDOWNE has been a force to be reckoned with since emerging into the music scene in 2006.

Between 2015 and 2017, the band took a brief hiatus to focus on family and other business ventures, but re-emerged with a series of hard-hitting singles, putting them back on the radar in today’s hard rock scene. The band’s new album, Medicine, will be released on February 3, 2023, via AFM Records. You can now pre-order your album copy HERE!