DIE FOR SOME SHINEDOWN 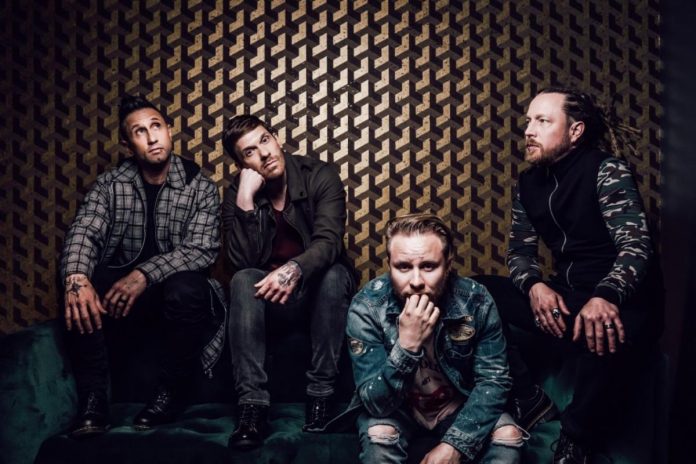 Multi-platinum, chart-topping band Shinedown are kicking off 2023 with the release of their new music video for next rock single “Dead Don’t Die” from their hit album Planet Zero. The defiant track, featuring pummeling drums and searing off-the-rails guitar solos, is a rousing declaration of survival and an anthem about the resilience of the human spirit after trying times. The cinematic video, filmed in London, was directed by Lewis Cater. PRESS HERE to watch.

“‘Dead Don’t Die’ is the first song I think any of us had ever brought in completed that really didn’t go through some sort of major change. (Truly one of the greatest feelings I’ve had in this band.) I’m never a fan of talking about what songs mean because I feel like you put them in a box…but the song is about Brent, and the people like him…the strong-willed, refuse to give up, bend but never break human spirit. I’ve seen this man be at the bottom before, and pick himself up, and never stop trying to be better. I hope everyone feels something when they listen to it. I hope it makes you feel like you can run through a brick wall,” says guitarist Zach Myers.

Shinedown recently received an iHeartRadio Music Awards nomination for Rock Artist of the Year as well as for Rock Song of the Year for #1 rock hit single “Planet Zero.”  The band also announced that they will play the Blue Ridge Rock Festival at The Virginia International Raceway in Alton, VA this September. Stay tuned for more touring news coming soon.

Shinedown’s acclaimed seventh studio album Planet Zero, produced by the band’s bassist Eric Bass,is out now via Atlantic Records anddebuted in the Top 5 on the Billboard 200 Chart and the Official UK Albums Chart, and at #1 on six other Billboard charts including Top Album Sales, Rock, Hard Rock, and Alternative Albums Charts. With songs like #1 rock hits “Planet Zero” and “Daylight,” Planet Zero boldly confronts the societal forces that perpetuate divisiveness while offering a restorative path forward through empathy and open conversation – ultimately serving as a reminder that it is our human connections that matter the most.

Shinedown brought Planet Zero to life across the globe last year, with the Planet Zero World Tour culminating in a sold-out UK run at the end of 2022. The video for “Daylight,” set to the Amazon Original version of the song, is a love letter to the band’s fans from the tour and the impact of the song’s message – that you are never alone – can be seen in the moving video.  PRESS HERE to watch.

Planet Zero is the latest addition to Shinedown’s record-breaking catalog that has earned the band recognition for their timely and relevant messages behind their chart-topping hits that resonate with not only their global audience and the rock community, but the greater public and our culture at large. With more than 6.5 billion global streams, 19 #1 Active Rock Hits, a Billboard record for the most mainstream rock #1 hits ever (18), 15 platinum and gold singles, platinum or gold certification for all their albums, 10 million albums sold, countless sold-out arena tours, and major media praise, Shinedown – Brent Smith [vocals], Zach Myers [guitar], Eric Bass [bass, production], and Barry Kerch [drums] – has cemented their status as one of the most vital and forward-thinking powerhouses in music.

Previous article
THANKS, WILLIE
Next article
CUT OUT